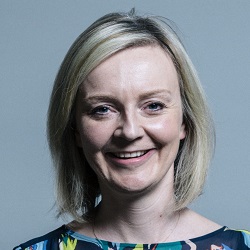 Truss: Nothing is off the table

Efforts to target oligarchs will extend to those who enable them, like law firms, the foreign secretary confirmed yesterday.

This would help stop the financing of the Putin regime, she explained.

Ms Truss was speaking in a debate on sanctions in the House of Commons, replying to a question from former Conservative leader Sir Iain Duncan-Smith.

He noted that while the government pursued the oligarchs and their money, “it is still not an offence for those who have worked with them—their lawyers, their estate agents and all the others—to fail to yield the information about what deals they have done”.

He called for legislation to “make it mandatory for all those in the chain immediately, when someone is sanctioned, to pass that information up directly, or they will themselves be committing a criminal offence”.

Labour MP Alex Sobel accused “British-headquartered legal, finance, audit and risk companies” of helping to “create the kleptocracy that exists in Russia” since the 1990s.

He went on: “Many of them still have huge offices in Moscow, such as KPMG, PwC and Linklaters, and Ernst & Young actually put Rosneft on the London Stock Exchange.

“What action is the foreign secretary taking to ensure British companies withdraw from Russia and withdraw their support from the kleptocracy that exists and is funding the war machine, and to delist some Russian companies on the stock exchange?”

Ms Truss replied: “We are running through a list, and we have already sanctioned over 120 businesses in Russia and oligarchs… Nothing is off the table, and we are working in train with our allies on all of this.”

Another Labour MP, Justin Madders, acknowledged that, “no matter how distasteful we might find it and how damaging it might be to those law firms’ reputations, even oligarchs are entitled to legal representation because that is part of what makes us a free and democratic society”.

The best way to deal with these issues, he said, was “to ensure that the laws are watertight in the first place”.

Ms Truss said: “The Foreign Office is currently full of lawyers working through precisely that point.”

Following comments he made last week, Labour MP Ben Bradshaw asked Ms Truss to name the law firms “that are sending her threatening letters to try to dissuade her from sanctioning Putin’s cronies, who are also their clients”.

Meanwhile, the government will today introduce the Economic Crime (Transparency and Enforcement) Bill to Parliament in light of the invasion.

“The new legislation will help the National Crime Agency prevent foreign owners from laundering their money in UK property and ensure more corrupt oligarchs can be handed an unexplained wealth order (UWO),” it said.

The new register will require anonymous foreign owners of UK property to reveal their real identities, while new UWO rules will mean that those who hold UK property in a trust will be brought within scope.

The reforms will also protect law enforcement agencies from incurring substantial legal costs if they bring a reasonable case that is ultimately unsuccessful.

The Treasury will also intensify sanctions enforcement by introducing a more wide-ranging strict civil liability test for monetary penalties, rather than the current one which requires firms to have knowledge or a ‘reasonable cause to suspect’ sanctions are being breached.

In addition, the government has published a white paper setting out its plans to “upgrade” Companies House.

This will include requiring anyone setting up, running, owning or controlling a company in the UK to verify their identity and giving Companies House the power to challenge information that appears dubious and report it to the police.

Finally, a further Economic Crime Bill will be published in the coming months “to clamp down on illicit finance and improve corporate transparency”.

This will have “strengthened anti-money laundering powers to give businesses more confidence to share information on suspected money laundering and other economic crime”.

In a debate on these measures in Parliament, Labour MP Chris Bryant said: “We have world-beating lawyers, accountants and others who facilitate the hiding of all these assets.

“Do we not need to put on them the onus of having to report their dealings with Putin’s cronies, and should it not be a criminal offence if they do not do so?”