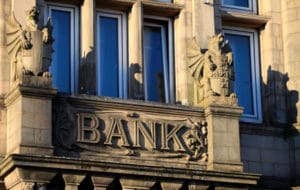 Three partners at well-known London law firm Fladgate have been sanctioned by the Solicitors Disciplinary Tribunal for allowing its client account to be used as a banking facility.

Just over £4m went in and out of client account without any underlying legal transaction, in breach of the accounts rules.

There were sets of payments related to four matters, all of which were linked directly or indirectly to one client of the firm, for whom property specialist Richard Kaufman was the relationship partner. Two of the payments were made in 2009 and the rest in 2013.

The three admitted their failures, except for one relatively minor payment with which Mr Kelman was involved. However, the tribunal found that this too was a breach of the rules.

In mitigation, they said they had not appreciated that their actions amounted to breaches.

The tribunal recorded their submission that they were all “long-standing and responsible members of the profession with exemplary disciplinary records. They were mortified to find themselves before the tribunal and apologised for their mistakes.

“They had all expressed sincere regret that they breached the accounts rules and had co-operated to the fullest extent possible in respect of the investigation and complaint against them. They had all admitted at an early stage of the proceedings that they had made mistakes.”

Mr Kaufman was held responsible for £2.5m of transfers. Fining him £13,000, the tribunal found that his motivation had been to comply with his client’s instructions.

“He was an experienced solicitor and had direct control of the circumstances giving rise to the breaches. No harm or loss was caused to any client but there was always some damage to the reputation of the profession when the accounts rules were breached. That was the extent of the harm caused… He ought reasonably to have known that operating the client account in this way amounted to a breach.”

However, the tribunal said it was satisfied that “this was not an attitudinal issue as the SRA had investigated a large number of files and transactions and these breaches were the only two isolated incidents that had been identified. He had co-operated with the SRA and had demonstrated insight, which the tribunal was satisfied was genuine”.

Mr Kelman was fined £15,000, with the tribunal noting that as the MLRO, “he was the gatekeeper and it was his role to prevent precisely this sort of breach from occurring”.

“His motivation had been to assist [Mr Kaufman] in dealing with the client and he had therefore facilitated rather than questioned whether the instructions being provided by the client fell within the parameters of what was permissible.”

His culpability was held to be slightly greater than Mr Kaufman’s because in one case Mr Kelman had issued the wording of a form of authority that the firm would require to enable it to distribute the funds.

Giving Mr Turner with a reprimand, the tribunal said his position was different to that of the other two. It noted that he had been involved only in the 2009 transfers and said he had “committed an inadvertent breach of the rules”, albeit involving £1.5m.

“It was, however, an isolated incident in that it was two transactions within days of each other in 2009 that had not been repeated since. His culpability was therefore lower.”