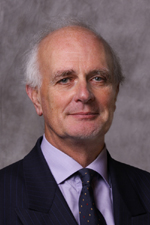 Three leading law firms being sued for unlawful means conspiracy have been awarded a multi-million pound security for costs order.

Keoghs, Lyons Davidson and Morgan Cole were however penalised for making their applications late in the day, with a 14-week trial set to start in October.

It is the latest step in the Autofocus saga, in which the company was found to have provided false car hire rental rates to defendants to reduce the credit hire costs sought by claimants. Autofocus collapsed as a result.

The claim is being brought by Accident Exchange and its former parent company Automotive and Insurance Solutions Group Plc – which provided replacement cars to victims of road traffic accidents – which say they lost out due to Autofocus’s actions in around 30,000 cases.

According to Mr Justice Teare, the claimants are seeking £60m in direct losses, around £8 in litigation costs – Accident Exchange pursued the contempt case as a private prosecution – and £50-60m in consequential losses to the claimants’ business.

The defendants are two former Autofocus executives and the three law firms, plus named individuals at each firm.

The judge stressed that it was “quite impossible for the court to form a view as to the strength or otherwise of the claims made” for the purposes of the security for costs hearing.

The total costs of the three firms were said to amount to £19m and they sought security for 80% of that sum.

It was accepted that, if the claim were dismissed, the claimants would be unable to pay a costs award against them, and the claimants argued that an order for security would stifle their action.

There was little evidence as to either’s finances but Eight Bar had provided a letter of comfort that it would continue to fund Accident Exchange so that it could trade while Eight Bar sought to restructure the company’s debt.

Teare J concluded that, having bought Accident Exchange and waived $30m of debt in doing so, “it is improbable that the fund and/or Coller would wish to do nothing to enable the claim, which they believe to have reasonable prospects of success, to continue to trial.

On the delay in making the application, the judge recounted how Lyons Davidsons’ solicitors, Womble Bond Dickinson, had made the running but in October 2016 held back while the claimants awaited shareholder approval of a potential refinancing.

Shortly after the claimants had explained this, the financing was not approved. Womble Bond did not follow up to find out, however, until early 2018.

Teare J said that, while the claimants were not strictly under a duty to tell the defendants about the decision, “their state of mind can only have been ‘let us keep quiet and hope they do not rumble us’.”

He concluded that, even if the defendants had discovered the truth in 2017, the claimants would have tried to put off the application, but nonetheless it would have been made earlier than it was.

Reflecting the delay, Teare J ordered the claimants to pay security in relation to 36% of incurred costs, and 60% of the rest.