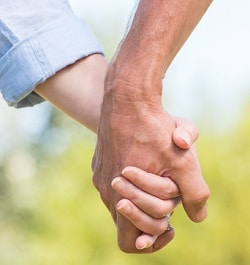 The Solicitors Regulation Authority (SRA) should reconsider the advice it gives to solicitors who enter into sexual relationships with clients, a tribunal has said as it fined one £8,500 for the conflict of interest such a relationship caused.

Richard Harbord called the SRA’s ethics helpline twice to check his position, and on both occasions was told that the only issue was whether he could provide independent and impartial advice to the client, who was involved in a bitter child contact dispute.

The Solicitors Disciplinary Tribunal (SDT) said that the responses he received were “at best opaque”.

It referred to guidance published in February 2015 by family lawyers group Resolution, of which Mr Harbord was a member, that said family lawyers should not have sexual relationships with clients and, if one developed during the course of the retainer, the lawyer had to cease to act.

“The tribunal was informed that the position for solicitors had originally reflected this advice but had changed in the 1950s. Whilst a matter for the [SRA] and irrelevant to sanction, the tribunal did consider that at the next appropriate opportunity, the [SRA] may wish to consider whether or not the advice it provides requires revision, particularly in respect of family matters.

“Clear and unequivocal advice may have prevented [Mr Harbord], clouded by other considerations, from falling into error.”

Mr Harbord, born in 1958 and admitted in 2002, practises at his own firm in Surrey, Harbord & Co. He began acting for a Mrs N in September 2014, and by November had started a non-intimate personal relationship that saw the couple go to Barcelona and also spend Christmas together.

In February 2015, there was a hearing before a deputy district judge to determine how much Mr N had to pay Mrs N for her legal costs, but Mr Harbord did not disclose the relationship to the court.

By March 2015, the relationship had become intimate; Mr N’s solicitors had also got wind of it and asked about what was happening.

A reply was sent but did not answer all the questions, with the counsel Mr Harbord had consulted on it not provided with all the information.

There was then a hearing in the Children Act proceedings in June 2015, during which the relationship was disclosed and Mr Harbord’s conduct criticised. The judge directed him to send the ruling to the SRA, which he did.

He came off the record shortly afterwards, although he said that was for pragmatic reasons rather than because he believed there was a conflict.

The SDT found that Mr Harbord did not need to disclose the relationship to the judge at the February 2015 hearing.

There was no evidence that he had taken advantage of Mrs N, it said, and it was in her interests to be able to afford legal representation.

But once the relationship had become “fully intimate” and raised in correspondence with Mr N’s solicitors, there was a “clear risk of his interests being in conflict with those of Mrs N” and he should have disclosed it to Mr N’s solicitors.

He was a compellable witness in the proceedings, and the tribunal concurred with the trial judge that his personal involvement had “exacerbated the acrimony” of the case.

But while the SDT found Mr Harbord failed to act with integrity and breached other principles along with his duty to the court, it said there was no evidence that he had failed to act in the best interests of his client or that he failed to provide her with a proper standard of service.

It also found that his reply to Mr N’s solicitors had been both disingenuous and misleading.

Deciding sanction, the SDT found Mr Harbord “a private man” and considered that, because of this, when he received the letter from Mr N’s solicitors, “he buried his head in the sand. This in turn had a ‘snowball’ effect”.

While the public would have cause for concern and considered that behaving in the way he did unwise, “the harm to the reputation of the legal profession was at the end of the day limited”, it concluded.

“[Mr Harbord] was an honest and truthful solicitor who had had a lapse of judgement in respect of this particular matter.”

Taking away his right to practise “would serve no purpose” as it was an isolated incident and unlikely to be repeated. A fine in the level 3 category of “more serious” was the appropriate sanction. He was also ordered to pay costs of £9,500.

Mr Harbord’s relationship with Mrs N continues and they live together.