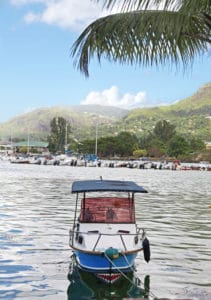 Two solicitors originally fined £15,000 by the Solicitors Disciplinary Tribunal (SDT) for their involvement in operating tax avoidance schemes have been suspended for three years at a new hearing – although the Solicitors Regulation Authority (SRA) had been pushing for strike-offs.

Last year the High Court remitted the case of Richard Chan and Rajob Ali to the SDT for re-sentencing after finding that the original tribunal had “seriously underestimated the gravity of its own findings”.

Richard Chan and Rajob Ali were partners of Harrogate firm Abode Solicitors – which the SRA shut down in October 2013 over accounts rules failures.

The original tribunal heard how the pair operated various SDLT avoidance schemes for house buyers. They advised clients on the avoidance scheme through their own separate Seychelles-based business, called Omega, which took a commission.

It found them guilty of 20 breaches of the Code of Conduct, including not informing clients of their arrangements, 12 breaches of the accounts rules – including using the funds of one client to benefit another – and other matters, such as disposing of old client files in a skip.

However, allegations that the pair acted without integrity and that they allowed their independence to be compromised were found unproven.

The SRA appealed these latter findings and the sanctions, and Lord Justice Davis ruled that the allegations of want of integrity and acting with lack of independence “really follow from the primary facts as found by the tribunal; and, with all respect, its conclusion to the contrary is not sustainable”.

However, in the absence of an allegation of dishonesty, the judge said he had hesitated over acceding to the SRA’s request that the solicitors be struck off, and so remitted the case to the SDT for re-sentencing.

Last week, the SDT decided on a three-year suspension, backdated to September 2015, with further costs of £5,500.

SRA executive director David Middleton welcomed the new sanction. “We warned solicitors in 2012 that there was a risk of serious consequences if they did not comply with the professional principles while promoting or facilitating SDLT avoidance schemes,” he said.

“Solicitors need to do the right thing and act with integrity. This new sanction sends out a strong message about how important that is.”