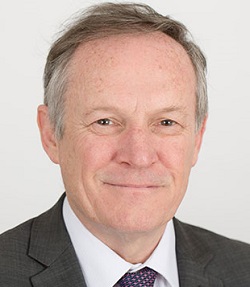 The Solicitors Regulation Authority and the solicitors it prosecutes have been warned that disciplinary tribunals are not there to rubber-stamp any agreed outcome they reach to avoid a full hearing.

There have been examples in recent months of the Solicitors Disciplinary Tribunal (SDT) rejecting agreed outcomes to proceedings because they were either too lenient [1] or too harsh [2].

He said both agreed outcomes and regulatory settlement agreements – which mean that a case is not even referred to the SDT – “are an important and proper part of the regulatory machinery”.

He continued: “Used effectively, they can provide a realistic route for the parties to dispose of cases without the full focus of a contested hearing before the tribunal.

“The approach can generate savings of cost, can acknowledge the reality of the situation that faces an individual respondent, and applied properly can present the tribunal with an appropriate way forward to dispose of a case justly.”

But Mr Nally directed “a word of caution” towards the SRA as well as defendants and their advocacy teams.

“The tribunal is still exercising a judicial function and will not rubber stamp agreed outcomes which feel too lenient, or too draconian, or which are not fully articulated in terms of the range of agreed facts.

“Experience of agreed outcomes through the year demonstrates that the tribunal is on occasion having to refer matters back for further information and, in some cases, we are simply unable to approve agreed outcomes where these factors arise.”

In one case last year, the SDT berated [3] both the SRA and two solicitors it was prosecuting for their “careless and disrespectful approach” in applying for approval of an agreed outcome only a day before their hearing, as opposed to the 28 days set out in the case directions.

The annual report showed that the SDT dealt with 35 applications to approve an agreed outcome, leading to 52 individual sanctions (as some involved more than one person). Some 25 were fined, 11 struck off, and seen suspended.

Mr Nally also confirmed that the SDT would be consulting on whether to lower the standard of proof from the criminal to civil standard. The Bar Standards Board decided to make the move [4] late last year.