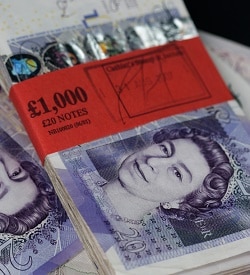 Two partners found by the High Court to have displayed “manifest incompetence” in accepting £573,000 lent to their law firm by the controversial Axiom Legal Financing Fund, have been respectively suspended and fined by the Solicitors Disciplinary Tribunal (SDT).

David Wingate and Steven Evans of Manchester personal injury firm WE Solicitors were initially cleared by the tribunal over the core allegations but this was overturned by Mr Justice Holman, who remitted them to the same panel for sentencing.

As in all of the disciplinary cases involving the Axiom fund, the case turned on the funding agreement between Axiom and the firm, the aim of which, on its face, was solely to fund personal injury cases but which was varied orally to allow any other uses.

The judge said the SDT should have decided that – at the point when he signed the sham contract and then drew down the money pursuant to it – Mr Wingate did not act with integrity and did not behave in a way which maintains the trust of the public in him and in the provision of legal services.

Holman J said also the tribunal should have made a finding of “manifest incompetence” over Mr Wingate’s failure to “to spot the dubious nature of the transaction”.

Mr Evans, meanwhile, had been incompetent by leaving the matter to Mr Wingate and not even reading the funding agreement for himself.

Deciding to suspend Mr Wingate for three months, the SDT said that he “had not intended any harm by signing an agreement which did not reflect the terms orally agreed”.

The ruling continued: “He and his firm had been desperate for funding to enable the firm to continue. Whilst arranging finance had been a planned action, the tribunal determined that signing the agreement in the terms in which it was presented was more spontaneous than planned.

“There had been no breach of trust and certainly no vulnerable persons or any clients had been affected.”

A suspension “would indicate that solicitors must always act with the utmost probity and demonstrate proper judgement when offered attracting funding arrangements and managing their firms”, it said. However, a long period of suspension was not necessary – Mr Wingate had “let himself and the profession down but there was no need for the sanction to be especially punitive”.

With regard to Mr Evans, the SDT said that “in such a small firm, whilst delegation of responsibilities was entirely proper, abandonment of his duties as a partner was not”. A fine of £12,000 was in the band for misconduct that was moderately to very serious, it said.

Both sanctions superseded £3,000 fines handed out to the pair at the original hearing over accounts rules breaches.

The SDT also increased the costs it had ordered at the first hearing, when it allowed the SRA just 5% of its £114,000 costs in recognition of what at the time was largely a failed prosecution. It decided they should now pay 55%, with Mr Wingate responsible for 60% of that sum.

However, the tribunal then reduced each solicitor’s liability by 20% in recognition of their limited means.