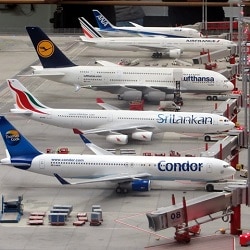 The Solicitors Disciplinary Tribunal (SDT) has taken the unusual step of rejecting an agreement between the Solicitors Regulation Authority (SRA) and a solicitor who broke the rules through his involvement with flight delay compensation claims.

The SDT said Jonathan Allweis allowed claims management companies (CMCs) to make claims in the firm’s name and use its client account as a banking facility to handle compensation payments.

He agreed to be fined £25,000, which the tribunal accepted last November, but it did not agree with Mr Allweis and the SRA that he should be allowed to continue as COLP and COFA.

The SDT said his misconduct “resulted in a large sum of money being held in such a way that approximately 4,000 clients could not be identified over a number of years”.

This meant there were “clear risks to the clients’ funds” in the event of insolvency or other accounting problems.

The role of COLP and COFA was “a fundamental part of protections put in place to safeguard client monies” and for this reason the tribunal refused to approve the SRA agreement.

The hearing was adjourned for three months, so Mr Allweis could find a replacement COLP and COFA. The agreement was later approved at a second hearing last month, with the tribunal adding a condition that he could not be a COLP or COFA to the fine.

Qualified in 1993, he was principal of Allweis & Co, based in Manchester.

Mr Allweis admitted that in 2015 he agreed with Rahul Sharma from Connected Claims that it could advance flight delay compensation claims to airlines in the name of Allweis & Co.

The agreement was “undocumented” other than by an email between the two men in January 2017. This stated that there would be no “direct relationship” between the consumer and the law firm, even though complaints to airlines were to be written on the firm’s headed paper and compensation paid into its client account before being transferred to the CMC, less “agreed fees” of 36%.

In the event, claimants signed “forms of authority”, showing Allweis & Co as the instructed firm, so there was a contractual relationship between law firm and consumer.

Mr Allweis did not see all the documents relating to the claims, or all the files, and “only became aware of successful claims because the airlines paid compensation by reference to a spreadsheet naming successful claimants”.

Until late 2016, Allweis & Co had a ‘flight desk’ at the CMC’s offices, which Mr Allweis would visit every fortnight.

The CMC was taken over at the end of that year, and the new owners moved its office and changed its name. Mr Allweis emailed Mr Sharma telling him that no new work was to be accepted and existing work wound down.

However, in May 2017, Mr Sharma approached the solicitor saying he was keen to restart the flight claims. Unknown to Mr Allweis, between November 2016 and 2018, the CMC continued to take on new compensation claims and process others.

Separately, he became aware through a solicitor colleague by July 2017 that the SRA considered his arrangement with the CMC and other related CMCs – Allay Claims and AirFair Compensation – was a breach of the rules.

“Notwithstanding such advice, Mr Allweis allowed the agreement to remain in effect, and continued to allow the firm to receive and pay out sums pursuant to claims made by the CMCs in the firm’s name.”

The SDT said the solicitor had harmed a “small number of individual clients”, who had subsequently been compensated.

“The misconduct was aggravated by the fact that it continued over a period of four years and was calculated and repeated,” the SDT concluded. “[He] ought reasonably to have known that he was in material breach of his obligations.

“On the other hand, the misconduct was mitigated by the fact that the clients had been compensated and the respondent had shown a degree of insight and co-operation with the [SRA].”