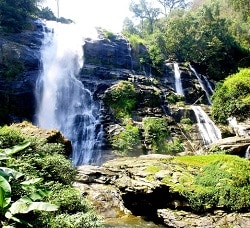 A solicitor who agreed with the Solicitors Regulation Authority (SRA) that he would be struck off for his role in dubious investment schemes involving carbon credits has ended up being suspended for a year after a tribunal decided that the sanction was not justified.

Asked to approve the agreed strike-off of Robert Sedgwick, the Solicitors Disciplinary Tribunal (SDT) said there had been no underlying fraud alleged in the case, the matter had been hanging over the solicitor’s head for a significant period of time, and he had a 44-year unblemished career behind him.

The tribunal was also concerned that the SRA had not sufficiently considered the SDT’s guidance note on sanction, “reflected in the fact that the agreed outcome did not set out in detail how the proposed sanction had been arrived at”.

The case was prosecuted by a barrister at the SRA’s external adviser for disciplinary matters, south London law firm Capsticks, and he told the tribunal that he had had “regard” to the guidance note, but not gone through it “page by page, line by line”.

Mr Sedgwick had been sent a link to the document in the course of discussions between the parties.

The SDT said: “The tribunal concluded that there was insufficient information to satisfy it that the appropriate and proportionate sanction in all the circumstances was a strike-off. The tribunal was therefore not minded to approve the agreed outcome.”

The tribunal indicated that it considered the appropriate sanction to be a 12-month suspension, upon expiry of which Mr Sedgwick should be subject to conditions that would stop him being involved in the management of a law firm. The parties incorporated this into the agreed outcome, which the SDT then approved.

Robert Mannering Sedgwick qualified in 1973 and had been managing partner of Tunbridge Wells firm Buss Murton, although at the time of these events, he was a consultant. He is now working as a company secretary.

He admitted to involving himself and his firm in four dubious investment scheme and also allowing the firm’s bank account to be used a banking facility where there was no underlying transaction. In all, just over £1m passed through Buss Murton’s client account across the four schemes.

The SRA did not allege that the schemes were fraudulent; rather, “they were dubious in the sense of being objectively suspicious”.

The case came to the attention of the regulator after it received a complaint from a man who had lost £80,000 – effectively his entire pension – by investing in a supposed rainforest conservation project in Papua New Guinea, which had allegedly been certified to offset 23m tonnes of carbon emissions over 38 years.

During 2011 and 2012, he paid his investment monies to Buss Murton, which then passed them to ‘Client 1’, as described by the agreed outcome.

The man received certificates confirming his investment, which were deposited with a registry in the Cayman Islands, but when he wanted to sell, he found himself unable to contact anyone at Client 1 and the firm did not respond to him.

He told the SRA that it was the credibility that the law firm lent to the scheme that persuaded him to invest.

The SRA first issued a warning notice in 2009 about solicitors becoming involved in dubious financial arrangements, and in 2011 – five days before the client-care letter was sent to Client 1 – the Financial Services Authority (FSA) published a warning notice specifically on carbon credit trading schemes under the heading of ‘Investment scams’, and a similar warning notice a year later.

Mr Sedgwick agreed that there were several elements of the scheme that made it “objectively dubious”. These included him being asked to act as an escrow agent but not to provide any legal services and still be paid significant fees (nearly £42,000).

The due diligence the firm conducted at the time showed Client 1 was newly incorporated, had no significant trading or filing history and its sole director and shareholder held a single share worth £1.

Further, there was “no obvious reason” to instruct Mr Sedgwick, who knew little about carbon credits.

In a statement of mitigation attached to the outcome, Mr Sedgwick declared that he never thought any of these clients were involved in “dubious” investment schemes. “If I or any member of the firm was of that opinion, we would have ceased to act immediately.”

He said he was not aware of the FSA warnings, and “carried out as much research as I was able into the bona fides of the clients and I did not, in the references and searches, on the internet discover anything which led me to consider that they may be dishonest or bogus”.

The solicitor added that some of the carbon credits investments were made by trustees of self-invested personal pensions, “who were firms regulated by the FSA and they raised no concerns as to the validity of the investments”.

The SDT also expressed concern more generally that the SRA was making an increasing number of applications to consider agreed outcomes very late in the day.

“This was disruptive to the tribunal’s timetable, as they had to be considered at very short notice while dealing with other cases. Mr Mulchrone [the SRA’s counsel] apologised for the lateness, and recognised the concerns that were being expressed and indicated he would feed this back.”