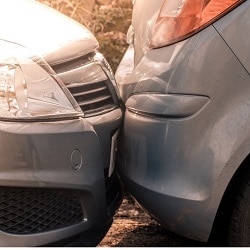 An employment tribunal has said it would be “wholly inappropriate” to strike out a disability discrimination claim against a law firm from a legal secretary suffering from depression.

Employment Judge Bloch QC said that, without a proper medical report, there was a “real risk of any decision by me being an unjust decision either for the claimant or the respondent”.

Oxfordshire firm Slade Legal told Legal Futures it had applied to strike out Mrs V Moore’s claim or alternatively seek a deposit order because “we believed and still believe the claimant has no claim to make against us”.

Judge Bloch said that, although Mrs Moore’s depression constituted a disability under the Equality Act, he made no finding as to the “moderate traumatic brain injury” caused by a traffic accident before she lost her job.

The judge said there was “no basis to conclude” that Mrs Moore’s claims for disability discrimination and unauthorised deduction from wages had no reasonable prospect of success.

“There have been numerous decisions of the Employment Appeal Tribunal and Court of Appeal, indicating that it is only in a highly exceptional case that the tribunal should at the preliminary stage strike out a discrimination claim.

“I do not believe that any of these claims come within that description.”

Judge Bloch refused to grant a deposit order both because he did not agree that the claims had “little reasonable prospect” of success and “in any event” because of the claimant’s financial position.

“It is obvious that the claimant (as she explained in more detail in cross-examination), just manages to get by from month-to-month and has no savings.

“In these circumstances, any sum I would have awarded would have been so derisory as to be meaningless.”

The employment tribunal heard in Moore v Law & Property Lawyers Limited (trading as Slade Legal) that the legal secretary began work at the law firm on a permanent basis in January 2017, having done temporary work for the firm.

She suffered head injuries in a road traffic accident in June 2017. Following concerns about her performance, she was summarily dismissed in December 2017.

Mrs Moore, who represented herself, claimed she was disabled both because of her depression and the brain injury suffered in the accident.

However, she told the tribunal that she lacked the financial resources to obtain a medico-legal report.

Mrs Moore said she had been knocked unconscious for 20 minutes in the car crash, with a “substantial and long-term” negative impact on her ability to carry out normal day-to-day activities.

She argued that “the difference in her performance pre and post-accident should have put the respondent on notice of the possibility of a connection with her accident and resultant head injury”.

In a statement, Slade Legal told Legal Futures it was disappointed by the tribunal’s decision.

“In our view it means that a case that should never have been brought and has no merit whatsoever continues to demand valuable time and resources of the tribunal system.

It said Mrs Moore did not “at any time during her employment” raise the issue of her depression and “the crucial issue of whether the employer had actual or constructive knowledge of such disability” remained to be decided.

“The tribunal has also left open for the final tribunal the issue of whether any alleged disability caused the claimant’s work performance issues.

“There are therefore very many issues which the claimant must prove at final hearing, all of which will be robustly defended.”