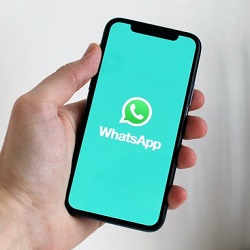 Discrimination and victimisation claims from a solicitor at the Legal Aid Agency (LAA), disciplined after a heated WhatsApp exchange and a threat to share it with the Law Society, have been rejected by an employment tribunal.

The tribunal heard that Mark Gaskell was investigated, suspended and given a written warning after the discussion, but had continued to work for the LAA after moving to a different department.

Mr Gaskell started work at the LAA’s predecessor, the Legal Aid Board, in 1985. He became a contract adviser in 2015.

His employment tribunal hearing was held at Leeds over 12 days in February, where 13 witnesses gave oral evidence and there were over 6,000 pages of documents.

Employment Judge Shepherd said the solicitor joined a group WhatsApp discussion in February 2020, triggered by a colleague’s query relating to a threat of homelessness made by a landlord to a tenant.

Among his comments were that some of what was being said was “utterly ridiculous” and he questioned whether two of his colleagues had ever run a housing case.

The original questioner responded: “No need to get arsey Mark!!!!!” Mr Gaskell subsequently told him to “do one” and wrote “Give me strength” as he explained his argument.

The tribunal heard that before the WhatsApp exchange, Mr Gaskell submitted a grievance to the LAA in November 2019 on the grounds that he was passed over for promotion. The grievance was rejected and Mr Gaskell withdrew it, but did not accept the result and said he would be taking legal action.

Admitting that he had become “animated”, Mr Gaskell apologised for “any offence” and said he had removed himself from the WhatsApp group. But the managers were not content with this.

An investigation was launched, to which responded Mr Gaskell by making his first tribunal claim, of indirect age discrimination.

These were followed at later times by complaints of detriment for making a protected disclosure, victimisation, failure to make reasonable adjustments and disability discrimination.

Mr Gaskell went on stress-related sick leave at the end of April 2020 and threatened to send a hard copy of the WhatsApp transcript to the Law Society, referring to it as his “union of choice”.

He was suspended by the LAA the following month, having been repeatedly told that the Law Society was “not an appropriate escalation route” for this issue.

Though the LAA concluded that the misconduct in relation to the WhatsApp discussion was at the lower end in terms of seriousness and could be dealt with via line management actions, the threat to involve the Law Society led to a disciplinary hearing on the grounds of gross misconduct.

The hearing concluded that Mr Gaskell should be given a final written warning, with the panel also deprecating the “disparaging and sometimes vitriolic comments” about colleagues that he made during the process.

His suspension was lifted in June 2021 and, following an appeal, the sanction reduced to a first written warning, which was expunged from his record after six months.

The decision-maker noted that Mr Gaskell did not disclose any information to the Law Society in the end, had expressed regret at the threat, and indicated it was as a result of poor mental health at the time.

A separate disciplinary hearing relating to the comments he had made about his colleagues during the first disciplinary process concluded that no further action should be taken.

The tribunal rejected all of Mr Gaskell’s claims, saying it was “satisfied” that the LAA perceived the threat to share information with the Law Society as conduct capable of amounting to gross misconduct.

“The claimant’s behaviour was a major concern to the respondent. The disciplinary proceedings were not disproportionate and the tribunal is satisfied that they were not influenced
by the fact that the claimant had brought the first and/or the second [employment tribunal] claim.”

But Judge Shepherd said the tribunal also said it had “considerable sympathy” with him.

“He has been subject to a very lengthy suspension and warnings as a result of what were issues of really intemperate and inappropriate language and which were eventually found to constitute minor misconduct and no further action taken.

“The claimant sent numerous ill-tempered derisive and demanding emails, often many on the same day.”

At the same time, the tribunal noted Mr Gaskell’s “tendency to fly off the handle and make coruscating comments about people in person and in aggressive and disparaging correspondence”.

It went on: “His conduct during the tribunal hearing was a matter of concern. He was, on occasions, abusive to the respondent’s representative and witnesses. However, he continued to work for the respondent as a solicitor.”