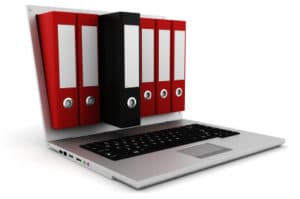 The Solicitors Disciplinary Tribunal has forced a solicitor and the regulator to increase the sanction they had agreed he should receive, after concluding that it was too lenient.

Steven David Hulme was in the dock for failing to report to the Solicitors Regulation Authority (SRA) that Bury firm Orbis Solicitors had an £85,000 cash shortage on its client account, made up entirely of unpaid professional disbursements that had been received into the office account over more than two years.

Mr Hulme, who was an assistant at the firm, was appointed Orbis’s compliance officer for finance and administration around half way through this period.

Orbis was shut down in April 2014 and managing director Anne Bradley is facing the tribunal over as-yet unproven allegations that she failed to act with integrity, failed to behave in a way that maintains the trust the public places in her and in the provision of legal services, and breached the accounts rules.

Mr Hulme was also facing the tribunal over his failure to report the breaches, but reached an agreement with the SRA to end the proceedings.

In it, he acknowledged that he was aware of the breaches, which were the subject of discussions at board meetings which he attended and which he recorded in the accounts rules breach record which he maintained.

Mr Hulme admitted that he should have reported the breaches to the SRA promptly upon his appointment as COFA.

The SRA accepted his explanation that he did not make a report in the “mistaken belief” that he would comply with his reporting obligations as COFA by reporting the breach to Ms Bradley, who was Orbis’s compliance officer for legal practice, and told him that she had reported the breaches to the SRA.

Mr Hulme, with the SRA’s agreement, submitted that the appropriate sanction was a fine of £5,000.

But in a ruling published yesterday, the tribunal said it was not satisfied that this was appropriate for the misconduct alleged and admitted.

“The tribunal considered that [the] misconduct was serious. There was a substantial shortage that subsisted on the firm’s client account over an extended period of time. [Mr Hulme] was aware of that amount…

“He had agreed to act as the firm’s COFA, but had fundamentally misunderstood his obligations in that regard.

“The tribunal communicated its concerns with the proposed outcomes to the parties. Whilst it did not believe that the protection of the public or the reputation of the profession required that [Mr Hulme] be suspended from practice, it did consider that a restriction on the [his] practising certificate was appropriate.

“Further, the level of the fine suggested was too low, given the serious and continuing nature of the… admitted conduct.”

Mr Hulme and the SRA came back with a fine of £7,500 and a condition that he may not be a COLP or COFA. The tribunal said this was “reasonable and proportionate”.