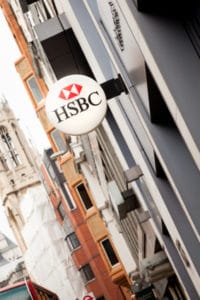 The solicitor who safeguarded more than £100,000 of stolen cash for a charismatic conman posing as the Pope’s banker has been fined £2,000 following her conviction for transferring criminal property.

The Crown Court judge had said she was “used” by fraudster Luis Nobre.

In addition, the Solicitors Disciplinary Tribunal (SDT) ruled that Buddika Kadurugamuwa, who now works as a consultant at north London law firm Christopher Mathew Solicitors, cannot be a manager or owner of a law firm, be a compliance officer or money laundering reporting officer, or have sole responsibility for any financial matters.

Last year, Southwark Crown Court heard that she transferred £111,400 into an HSBC account in her husband’s name when Nobre told her he was closing down his account and needed to move the money.

She was charged with transferring criminal property after it emerged that the money came from a €100m (£73m) scam Mr Nobre had pulled off against major pipe lay company Allseas Group Ltd by promising it $5bn worth of bogus bank guarantees.

After a four-month trial alongside Mr Nobre, jurors cleared Ms Kadurugamuwa of one count of being concerned in a money laundering arrangement but found her guilty of one count of transferring criminal property contrary to section 327 of the Proceeds of Crime Act 2002.

She was given a six-month suspended sentence and ordered to carry out 125 hours of unpaid work.

The SDT has not yet published its reasons for the sanction.

It also ordered her to pay costs of £2,652. She can apply to the SDT to vary or rescind the conditions after two years.