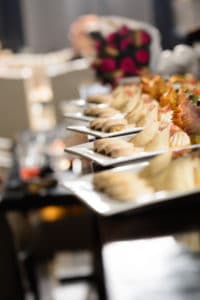 A barrister who pestered three women at a chambers summer party with suggestive movements and comments has been fined £1,800 by a Bar disciplinary tribunal.

Stephen Howd, formerly of Zenith Chambers in Leeds, failed to act with integrity and behaved in a way likely to diminish the trust and confidence the public places in a barrister or in the profession, according to the ruling published last week.

It recorded that at the Zenith Chambers summer party on 11 July 2014, he made advances towards a woman named only as ‘A’. At around 10pm, he “took her right hand, pulled her towards him and attempted to kiss her on or near the lips” and also “held onto A’s hand and kept it on or near his crotch area for about five seconds until she was able to release her hand from his grip”.

Later in the same evening, the ruling said, Mr Howd approached A whilst she was in conversation with others “and put his hand around her, squeezing her against him and attempted to kiss her on or near her lips again”.

On another occasion, he approached A and put his arm around her, placing his face “uncomfortably close to hers”.

The tribunal said Mr Howd then “pestered” a woman known as ‘B’. At around 11pm, he “took B by the wrist and pulled her towards him”. Shortly after, he “grabbed B by the waist and pulled her towards him, placing his hands on the small of her back and placing his cheek next to hers, saying that they should dance ‘cheek to cheek’ and then saying ‘no, crotch to crotch’”.

Later on, it continued, “he referred to B to her face as a ‘good girl’ while poking her in the breast area of her chest and then kissing her on her cheek, near her mouth”.

In relation to a woman known as ‘C’, Mr Howd took her hands, made her dance and told her she looked “gorgeous”, and also attempted to kiss her.

A spokesman for Zenith Chambers said that Mr Howd was no longer a member but declined to comment further.

In a statement to the Daily Telegraph, Mr Howd, who stood unsuccessfully for the UK Independence Party at last year’s election, said: “This was a late-night party which went on until 1am at which I, and a number of others, had rather too much to drink.

“I do not accept that I said or did all of the things attributed to me and I am disappointed with the finding that I acted in breach of the code of conduct.

“However I am pleased that the BSB dropped the allegation that my conduct constituted harassment which they finally did last week. I have been fighting that unjustified allegation for nearly two years and it is now time to move on.”

The Bar tribunal also ordered Mr Howd to pay costs of £400. The ruling is still open to appeal.