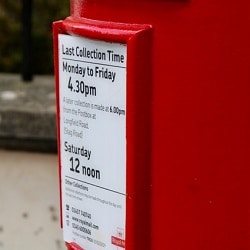 A disciplinary tribunal has cleared a Manchester claimant solicitor of allegations that he deliberately misled a court about when he had sent documents to the defendant solicitors in a case.

In a rare example of a solicitor being exonerated by the Solicitors Disciplinary Tribunal (SDT), it found that the Solicitors Regulation Authority (SRA) failed to establish conclusively that the documents had not been sent when Sohail Ghani said they were.

Mr Ghani, born in 1977 and admitted in 2010, was a partner turned assistant at Amicus Solicitors in Manchester. He was reported to the SRA by Horwich Farrelly (HF), which was acting for the defendant insurer in a road traffic accident case where he was representing the claimant.

HF said he had failed to comply with court directions to serve a signed disclosure list by 1 July 2016 and witness evidence by 26 August 2016.

The SRA alleged that both a witness statement and correspondence with HF in early 2017 “contained untrue or misleading information about the date” on which those documents were sent to HF.

Mr Ghani, who served an unsigned list on 1 July, said they had been posted on 26 August 2016 – and there was a copy letter on the paper file – but HF said they had not been received.

As a result, District Judge Sheldrake in Worcester struck out the claim in February 2017 and said the “documentation provided by the claimant to support the purported disclosure of the disclosure list and the claimant’s witness evidence within the requisite timescales is insufficient – in fact, it is laughably so”.

The judge said he shared HF’s suspicion that the signatures on both the list of documents and statement “might have been superimposed from some other document, but I do not have to make any finding about that”.

In his defence before the SDT, Mr Ghani said he had been away from the office on 26 August and that another fee-earner at Amicus had sent the letter.

Though her initials were on the letter, the fee-earner told the tribunal that she did not recollect drafting it.

The SDT noted that the allegations were worded in such a way that the SRA had to prove Mr Ghani set out to mislead the court by preparing what amounted to a false witness statement, rather than had just made an error.

But it said the SRA had not provided witness statements from anyone from HF, nor called anyone to appear.

“The fact that the documents may not have been received by HF did not necessarily mean that they had not been sent,” the tribunal observed.

The SDT highlighted the “considerable confusion” about the fee-earner’s initials. “Her recollection, however, was not complete and [Mr Ghani’s] recollection was similarly, albeit for different reasons, lacking,” it went on, referring obliquely to redacted medical evidence provided to the tribunal.

“The tribunal noted the district judge’s comments about [Mr Ghani’s] witness statement, but it also noted that [he] had not been given an opportunity to respond to those criticisms in those proceedings as he had not been cross-examined.”

Mr Ghani was also accused of failing to comply with the court directions. The tribunal said that, by serving the unsigned disclosure list, he had “materially complied” with that direction.

It said: “The breaches of the directions, such as they were, were technical breaches. In the specific circumstances of this case, the tribunal was not satisfied beyond reasonable doubt that this amounted to professional misconduct.”

Both the SRA and Mr Ghani sought their costs, but the tribunal decided to make no order as to costs.