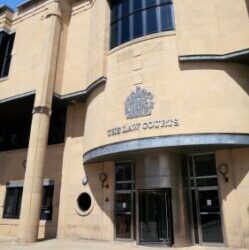 Bradford court: Barrister had only himself to blame for ruling

A barrister found to have brought a fundamentally dishonest personal injury claim was not disbarred after a tribunal did not accept that his case was actually fraudulent.

However, a Bar disciplinary tribunal did find that, after he discontinued the claim, non-practising barrister Victor Adiamah failed to explain to the judge the discrepancies between his own case and the defendant’s unchallenged evidence.

It was this that led the judge at Bradford Combined Court Centre to make the finding of fundamental dishonesty.

This was “a perception offence in respect of honesty” rather than straight dishonesty, the tribunal said.

When the bare facts of the findings against Mr Adiamah – and the decision to ban him from applying for a practising certificate for nine months – were published last month, some lawyers on social media questioned why he had not been disbarred.

The full decision has now been published and showed that the tribunal rejected the primary allegation laid by the Bar Standards Board (BSB) that Mr Adiamah and his wife either did not suffer the injuries they claimed as passengers in a 2016 car crash or exaggerated them.

The tribunal, chaired by His Honour Judge Alan Greenwood, said it had seen evidence which was not heard in the county court that indicated that the injuries were not suffered when their car was struck but when the driver braked hard.

“In order to find charge 1 proved, and of course there was other evidence of the braking as well, the BSB would have to prove that that version of events was untrue to a criminal standard. And we are unable to say that that burden has been discharged.

“The version of events that we have been given may well be true and the injuries in respect of which a claim was made may well have happened.”

Had it found this charge proved, the tribunal said, Mr Adiamah would have been disbarred.

The second charge, which was upheld, was “very different in nature”, however.

By not explaining the evidential discrepancies, such as whether the cars came together alongside each other or in a rear-end shunt, this was behaviour that could reasonably be seen by the public to undermine the barrister’s honesty.

He admitted only that he had been “sloppy” in not reading the statement.

The tribunal did not accept that Mr Adiamah had not read it. “It seems to us… that he must have read it as he certified the truth of it, he worked on it for an hour and a half [with a representative of his solicitors] and the contents must have come from him.”

It said Mr Adiamah had “only himself to blame” for the court’s finding of fundamental dishonesty.

Further, if he had told his solicitors that he was an unemployed non-practising barrister, “that is what would have been there” in the witness statement.

Rejecting his counsel’s plea not to suspend him, as that could put his current employment at risk, the tribunal said that, while charge 2 was “a perception offence”, it was one in respect of honesty: “The Bar is very jealous of its reputation and especially when it comes to honesty.”

The suspension did not need to be very long, but there needed to be one. While he had produced “exceptional character references”, Mr Adiamah “has not shown remorse, he has made no admission, he has made no apology and he has made no concession in reality in the course of his evidence that this is a matter of real seriousness”.

It ordered a nine-month suspension for charge 2 and three months for charge 3, to run concurrently, turned into a ban on him applying for a practising certificate in the circumstances.