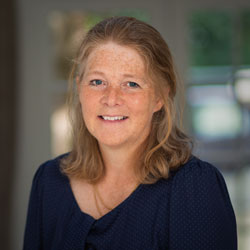 Family separation cases should “operate in a transactional way, as with conveyancing, rather than under the banner of litigation”, the chair of the Family Solutions Group has argued.

It came as a leading family judge called for action to curb the costs of divorce cases and warned lawyers that failure to comply with procedural rules would lead to referrals to their regulators.

Delivering the Bridget Lindley Memorial Lecture at the Family Justice Council conference, Helen Adam said the need for lawyers to take a different approach to family separation was part of the “paradigm shift” required to have child welfare leading the design of family law.

She drew parallels with how attitudes towards climate change have evolved.

“I mentioned the tension between long-established systems and a growing body of evidence which challenges those systems. An adversarial justice system is a bit like the carbon combustion engine: years ago, it evolved as useful vehicle to resolve what were back then marital disputes, but we now know it’s harmful.

“Other methods are needed. As with climate change, the message is uncomfortable, requires a rethink. It’s expensive, it might compromise profits.

“We could ignore the evidence, or deny the evidence, for this is unwelcome; it’s easier to carry on as we are. As with climate change, government is slow to catch on. But the evidence for climate change is real and growing, we see it all around us, it becomes impossible to ignore. I say the same for an adversarial system for separating families being harmful.”

Ms Adam is a mediator and former solicitor at Wells Family Mediation. The Family Solutions Group is a sub-group of the Private Law Working Group, commissioned by the president of the Family Division, Sir Andrew McFarlane.

Among the changes she said were required was training for legal professionals “to arrive at a broader understanding of family separation”.

Ms Adam explained: “Family cases are not legal disputes as with other types of law; they need a different approach, alongside other professionals. We need to work creatively and collaboratively alongside each other, and with curiosity.

“We do not have all the answers ourselves; we can be curious about what other agencies or professionals bring to the family dynamic and learn from each other.”

She highlighted “some great initiatives” already being developed to support families to arrive at solutions, including Amicable, The Certainty Project, The Divorce Surgery, Uncouple, the one lawyer model, Wells Group Divorce, MedArb, hybrid mediation, and mediation with a financial neutral

“There are multiple creative options out there. Ideally, family separation cases would operate in a transactional way, as with conveyancing, rather than under the banner of litigation.”

Meanwhile, Mr Justice Mostyn has blasted the “apocalyptic” level of costs in a divorce case and urged government action to limit the costs couples can rack up.

The husband in Xanthopoulos v Rakshina [2022] EWFC 30 filed his petition in September 2020, since when the parties have incurred costs “in the extraordinary sum” of £5.4m, the judge recorded, and anticipated future costs of between £1.8m and £2.6m.

“Figures like this are hard to accept even in a conflict between the uber-rich,” he went on. Recalling the comments of Peel J last year about a “nihilistic” divorce dispute that had cost £2.3m in legal fees, Mostyn J said the costs in the case before him were “beyond nihilistic”.

“The only word I can think of to describe it is apocalyptic.”

The judge said: “In my opinion the Lord Chancellor should consider whether statutory measures could be introduced which limit the scale and rate of costs run up in these cases. Alternatively, the matter should be considered further by the Family Procedure Rule Committee. Either way, steps must be taken.”

He also attacked the “shocking” preparation for the interim hearing, with documents filed late and well beyond the length allowed. For example, instead of one bundle limited to 350 pages, the court received four bundles totalling 1,878 pages.

Mostyn J said: “It should be understood that the deliberate flouting of orders, guidance and procedure is a form of forensic cheating, and should be treated as such.

“Advisers should clearly understand that such non-compliance may well be regarded by the court as professional misconduct leading to a report to their regulatory body.”