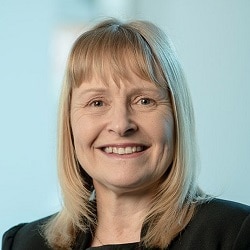 Tomasik: Referral fees are a blight on conveyancing market

Transparency over referral fees in conveyancing work will drive out bad practice, a government official said yesterday, while also calling for greater consistency in how law firms publish their prices.

Last month, a report from National Trading Standards’ estate and letting agency team called for mandatory disclosure of referral fees, instead of a ban. The government has asked it to keep monitoring the situation.

Speaking at a webinar organised by Minerva, part of LFS, James Munro, the team’s senior manager, said around three-quarters of home buyers would go with the conveyancer recommended by their estate agent.

He said he had seen instances, albeit in a minority of cases, where agents driven by the referral fee would put up artificial barriers to force consumers’ hands, such as not allowing them to view a property until they have agreed to agree to use a particular conveyancer or financial adviser.

It was, he said, key that consumers should be able to shop around, even if it was just seeing if it was cheaper to go direct to the same provider.

Matt Prior, lead official at the Ministry of Housing, Communities and Local Government, said the government considered this an important issue because home buyers were in a “uniquely vulnerable” position where they may feel they have to agree to an estate agent’s demands because of their desire to secure a particular property.

But he recognised the importance of referral fees to some business models and said referral arrangements could lead to a good overall service.

“It’s absolutely vital to us that consumers know in advance so they have a choice,” he said. “If you shine the light of transparency on referral fees, you’ll find that some of the most outrageous practices will disappear… Bringing this conversation out in the open will change practices.”

Mr Prior added that, if referral fees were banned, the concern would be that “some sort of system of referral” would still be in place but hidden from view.

Mr Munro suggested that estate agents were “missing out” by not explaining to clients the value they received from a referral fee, such as a close working relationship with the conveyancer that could speed up the transaction.

Julie Tomasik, head of residential conveyancing at midlands law firm Ansons, argued strongly against referral fees, describing them as a “blight” on the conveyancing market that allowed lawyers to buy work rather than build up goodwill.

“The agents win and both clients and solicitors lose out,” she said. “Is the referring agent going to be influenced by quality of service or the amount of the fee?”

She said she could not see how paying a referral fee which could amount to more than half of what the firm was receiving for doing the work was not a breach of the SRA principles.

In the absence of a ban, Ms Tomasik said, there must be stronger action to enforce the rules on disclosure.

On the other side of the argument, Mark Montgomery, chief strategy officer at Simplify, said referral fees were a “significant part” of its business model.

Simplify, which owns multiple conveyancing brands, says it has a roughly 10% share of the market, although Mr Montgomery said the non-referral fee part of its business – mainly from returning clients – was large and on its own would be among the top 50 conveyancing businesses in the country.

“The idea that referred businesses are only referred to because they offer the highest referral fee is a myth,” he said.

“Agents’ motivation for referring to a particular conveyancer is driven much more by their own reputation and need to get transactions through smoothly and quickly. What they earn from referral fees is dwarfed by what they earn on commission”

He described referral arrangements, with or without a fee, as the “optimum form of marketing” and said the majority of clients still shopped around.

But ultimately if the consumer received a quality service through the close co-operation of the agent and lawyer, “then that’s a good thing”.

“We’ve refused to work with a number of estate agents and other types of introducers because they were trying to exert pressure,” he said.

“We’re regulated law firms and we know who the client is. We have a sufficiently broad range of introducers that no one introducer would be in a position to exert that pressure.”

However, he acknowledged that this could be more of an issue for a small conveyancing firm where one introducer was a major source of its work.

He also highlighted how national a market conveyancing was. A Simplify analysis indicated that, for 80% of law firms, over two-thirds of the transactions they handled were properties within 10 miles of their offices. But, collectively, those 80% of firms only deliver about 25% of all transactions.

The discussion moved onto the wider issue of the transparency rules solicitors and licensed conveyancers have faced since December 2018, with Minerva’s sales director, Richard Mathias, complaining that it was “impossible to compare” between different conveyancers because the rules were “so broadly drawn”.

Mr Prior agreed, saying it could be “really hard to work out” what some firms were charging from the information they provided on their websites.

There needed to be “more consistency” in how pricing information was presented: “It’s really important that consumers are able to make an informed choice.”