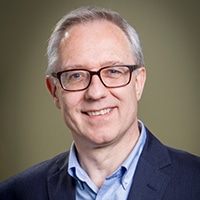 The four lead researchers behind the Legal Education and Training Review (LETR), which paved the way for radical changes in legal education, have criticised the Solicitors Qualifying Examination (SQE).

Professors Julian Webb – who led the research team – Avrom Sherr, Paul Maharg and Jane Ching said it was “unlikely at present” that the SQE would reap the benefits of its competence-based approach.

In an article for The Law Teacher, looking back over the five years since the LETR report was published in 2013, the professors said the breadth of the knowledge component, particularly in the first stage of SQE, continued to “lock training into a model of preparation for general practice that no longer exists”.

They went on: “Combined with breadth assessment through primarily multiple-choice questions, we have a model that can be said to ensure baseline competence in only the most rudimentary sense.

“Secondly, while many of the core professional skills (research, oral and written communication, advocacy) are constants, newer capabilities are becoming critical.”

The professors said a proper understanding of legal tech, project management, and design thinking were all examples of new areas of competence.

“Should they, or any of them, be included among the growing list of core competences? And if so, how, and where? There is an obvious risk here that the regulator is playing a game in which it is always at least a step behind.”

The professors said there was “little to suggest that the SRA has done anything to address, particularly through its assessment design, the impoverished focus on ethics and professionalism, and particularly the need for a broader education in professional values” highlighted by the LETR report.

The professors said the Legal Education Council proposed in the report but dismissed by the SRA could have been a “useful platform”, encouraging lawyers to “give back to learning and teaching institutions the benefit of their accumulated experience and wisdom” and encouraging law schools to collaborate “much more” than they do now.

“The touchstone for legal educators in England and Wales is the SQE. Will the SQE as currently constructed help our students to bridge academic into professional learning, help them be responsible lifelong learners, help them be ethical practitioners, help law schools cooperate with each other, engender and sustain educational and professional innovation, encourage social mobility and diversity in legal education and in the profession?”

“On the basis of the [LETR] report, we would answer that the SQE will encourage none of these.”

Instead the professors warned that the SQE might suffer from the problems long cited by critics of competence-based approaches – an inability to “capture the richness of high-level professional learning” while risking “both under and over-inclusiveness”.

The group also expressed concern about how continuing professional development (CPD) has changed with the move from a points-based to an outcomes-focused approach.

While supporting the principle, they identified a problem in the SRA electing to use its point-of-qualification competence statement – which defines what a solicitor must be able to do to deliver a proper standard of service – as a tool to judge CPD activity.

“This is problematic,” they wrote. “First, presumably to avoid complaints by practitioners of being required to keep up-to-date in irrelevant areas of law, the legal knowledge element has been removed from the competence statement for CPD purposes.

“Second, the statement necessarily omits the kind of activities that are confined to more senior lawyers such as practice management, marketing, people management. Some of the things, it might be noted, that appeared in LETR recommendation 9.”

There were also worries that the regime placed too much power in the hands of the employer to prescribe rigid and static notions of competence.

“Where a CPD scheme is under the overwhelming control of a competence statement – which was not what LETR recommendation 9 envisaged – there is clear potential to depress the otherwise personally liberating autonomy offered by an outputs-based scheme that is inherently more educationally valid.”