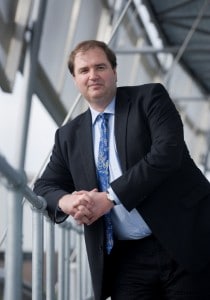 Changes to the structure of solicitors’ training are beginning to gain ground after two major announcements.

Meanwhile, City giant Linklaters is to introduce an accelerated legal practice course (LPC), shortening the course from a year to just over seven months.

Northumbria has been approved as a pilot institution to offer a law degree that combines the undergraduate stage of legal education with the LPC and the SRA’s work-based learning pilot. The course lasts five years.

The law school’s dean, Professor Philip Plowden, said: “The MLaw (Solicitor) degree is the first law degree of its kind and will see students starting as undergraduates and graduating with the education and training requirements which will make them eligible to join the roll of solicitors.

“The key to Northumbria’s new degree is its award-winning Student Law Office programme, whereby students experience law for real, under the supervision of practising academics, coupled with its close relationship with existing training providers. Irwin Mitchell is the first approved provider of placements for the new student trainees and this distinctive partnership will benefit our students and the profession as a whole.”

The Linklaters LPC, which will be for its 2011/12 starters, has been devised with the College of Law, and follows approval from the SRA. The firm, which already runs its own bespoke LPC, said it has been introduced following feedback from recent trainees who have questioned the need to spend an entire year on the LPC.

The new LPC, which will last seven and a half months, will be introduced from January 2011 and will be run in January and July each year to accommodate the March and September intakes to the firm. It will feature a combination of face-to-face tuition with the supervised online “S-mode” learning method that the College of Law has developed for its LL.M programmes.

The first course will begin with a three-week period of online self-study, during which trainees will not be required to attend in person at the College of Law, instead accessing tutorials and submitting assessments online. In the fourth week of January 2011, Linklaters will be running its ‘gateway programme’, giving students the opportunity to meet future colleagues and familiarise themselves with business concepts, as well as building their knowledge of the firm. This will take place over four days in the firm’s London office, as well as at Cass Business School and the College of Law.

It will be immediately followed by the College of Law induction. Full-time study will commence the following week, taking the students through the compulsory and elective elements of the LPC, with final exams taking place in July. Subject to successfully passing all the elements of the LPC, those attending this course will then commence their training contracts at Linklaters in September 2011.

Students will be paid a maintenance grant of £5,000 for their attendance on the LPC.

Simon Firth, trainee development partner, said: “We are excited to be able to introduce this new accelerated LPC, which has been designed following feedback from recent trainees. Going forward, it will mean there will be a shorter time between recruitment and joining the firm. Plus trainees will benefit from the continuity of learning they will gain, as they will join the firm straight after their LPC.”