Trainees on housing benefit is “not the image that befits the profession”, Law Society tells SRA 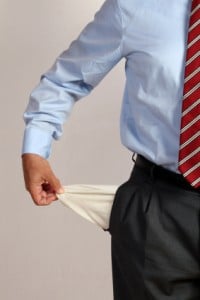 Broke: trainees on £2.60 an hour might have to take on second jobs

The prospect of trainee solicitors claiming housing benefit and taking on second jobs because the minimum salary has been scrapped “is not the type of image that befits the profession”, the Law Society has claimed.

It also suggested that law firms unable to pay the minimum salary should not be taking on trainees anyway.

“BME and female solicitors are currently over-represented at this end of the wage scale and it seems very likely that they would be disadvantaged by any reduction in the minimum payable,” it said. “Equally, there is likely to be a disproportionate impact on potential trainees from disadvantaged economic backgrounds.”

This would reinforce the image of an elitist profession that solicitors have been trying to move away from, the society argued, pointing out that the SRA has a duty to encourage an independent, strong, diverse and effective legal profession.

It added: “Whilst it may be that some firms might consider taking on a trainee if the minimum salary requirements were dropped, the SRA should consider fully whether such firms have adequate infrastructure and experience to properly and effectively support a trainee in these circumstances.”

The society said £2.60 an hour was “unacceptable” and would exacerbate the impact on diversity and social mobility of scrapping the minimum salary. It argued that the SRA’s new plan highlighted a major contradiction within the consultation given that it more broadly says that the SRA has no regulatory responsibility for a minimum salary.

The society continued: “Many people on the minimum wage have to seek additional employment to pay living costs. It could be seen that without reasonable financial payment, such as the current minimum salary represents, this may be the only recourse for some trainees. The effect of this on their ability to devote themselves fully to their training are clearly negative.

“There is also the side effect that trainees would qualify for housing benefits. This is not the type of image that befits the profession and it is not the path to promoting social mobility and diversity within the profession.”

The society also criticised the timing of the consultation, saying the minimum salary should not be treated as a discrete issue from the work of the Legal Education and Training Review.