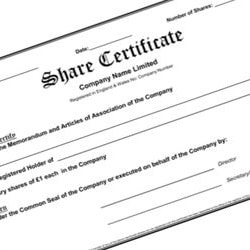 A trainee solicitor who forged a client’s signature in a bid to pass off a copy share certificate as the original has been banned from working in the profession without the permission of the Solicitors Regulation Authority (SRA).

Louise Bolderstone, who was a trainee in the London office of US firm Ropes & Gray, was also rebuked and fined £2,000, with the sanctions the most that the SRA could impose without sending her to a disciplinary tribunal.

According to a notice published by the regulator yesterday, Ms Bolderstone worked at Ropes & Gray from 17 August 2016 to 28 February 2018.

She was found to have “printed a share certificate, traced the client’s signature onto it and sent it to a third party reporting it to be the original which had been lost”, misleading a colleague and the third party in the process.

Ms Bolderstone was found to have been dishonest, lacked integrity and undermined the trust the public placed in her and in the provision of legal services.

As she was not qualified, the SRA had to make her subject to an order under section 43 of the Solicitors Act, banning her from working in the profession without its approval. She was also ordered to pay costs of £1,600 – the notice indicated that Ms Bolderstone had appealed the sanction, which increased the costs.

Meanwhile, a non-solicitor director of a law firm in Lancashire has also been made subject to a section 43 order for misleading 11 clients as to the correct position of their files over a period of three years.

Simon Oldfield, a director at Oldfields Solicitors in Carnforth, was a fee-earner and responsible for conducting civil litigation claims.

The SRA notice exemplified two of the cases involved. In one, a claim for defective building work, Mr Oldfield believed he had issued the claim in December 2015, but the court did not receive it.

From June 2016 Mr Oldfield led the client to believe that the claim was progressing, and from October 2016 he told the client that the judgment was in the process of being enforced.

In fact, it had not progressed at all. Mr Oldfield told his client the true position in January 2017 after the client had requested copies of the relevant papers.

The other was a similar story of employment claims which Mr Oldfield told his clients had been issued when they had not been.

The SRA said the firm has compensated each of the affected clients and apologised for Mr Oldfield’s conduct. He left his fee-earning role in April 2018, but remained a director.

In addition to the section 43 order, the SRA rebuked Mr Oldfield.

It said it took into account his mitigation that he was “experiencing mental health issues and difficult personal circumstances during much of the period during which the misconduct occurred”. Also, he said he was not in a financial position to pay a penalty.

Finally, Alison Harden, a non-member partner in the Guildford office of London-headquartered firm Gordons Partnership, has been rebuked after she was found to have tried to influence a former patient of the firm’s client to withdraw his complaint to the General Medical Council.

The firm was also issued with a rebuke and ordered to pay a fine of £1,500.