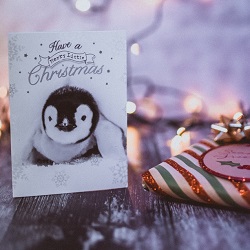 A male trainee solicitor at global law Dentons has successfully appealed a rebuke from the Solicitors Regulation Authority (SRA) over a sexually suggestive Christmas card he left on the desk of a female colleague.

However, it found that the SRA adjudicator who issued the rebuke had been wrong to assume that, because the misconduct had occurred in a work setting, it was automatically connected to his work life and not his private life.

As a result, the adjudicator said Mr Fouracre had to meet principle 6 – behaving “in a way that maintains the trust the public places in you and in the provision of legal services”.

Mr Fouracre drew the adjudicator’s attention to the High Court ruling in the Ryan Beckwith case, involving a Freshfields partner having drunken sex with a junior lawyer outside of work.

But the SDT said the adjudicator took “the wrong approach” in her analysis of Beckwith by deciding that, because the conduct complained of had taken place in an office, Beckwith did not apply.

“This a priori assessment undermined her subsequent reasoning by placing it on an incorrect footing.”

Mr Fouracre started working as a trainee solicitor at Dentons in August 2018. Before sending the Christmas card, the SDT noted, he had received a warning from the firm about his behaviour as he had made an inappropriate comment to some secretaries at an office party.

He apologised, describing the comment as “crass and juvenile”.

He gave her two presents as well, which she handed back, prompting a text message with more offensive and suggestive language.

The matter was passed to an SRA investigating officer, who recommended a £2,000 fine, but the adjudicator decided just to rebuke Mr Foreacre.

He appealed the decision to the SDT on eight grounds, including that the conduct had taken place in his personal life – it was at the end of the day when both trainees were “off duty”.

He also said KB had shown some romantic interest in him but noted the adjudicator did not have a statement from her.

The SDT started by considering the reach of principle 6 and found that the adjudicator had been wrong in her interpretation of the Beckwith decision.

But the Beckwith ruling meant the relevant issue in relation to principle 6 was whether such conduct “realistically touched upon the standing of the profession”.

“In her decision, there was nothing to suggest that the adjudicator had considered whether there was evidence which linked the appellant’s giving of the Christmas card, to the provision of legal services, as required by principle 6.”

The court in Beckwith also said an analysis of conduct needed to focus on identified breaches of obligations set out in the SRA Handbook.

As principle 6 was the only basis for the case against Mr Fouracre, and the reasons cited by the adjudicator did not directly relate to the obligations it created, the SDT concluded that, as a matter of law, the requirements of Beckwith were not satisfied.

It said the outcome may have been different had he been accused of a breach of principle 2 (lack of integrity). Instead, the adjudicator had wrongly elided principles 2 and 6.

It therefore revoked the adjudicator’s decision.