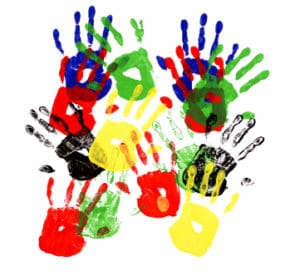 Trainee solicitors at the top-paying firms receive more than three times those at the bottom, while the gap in earnings between female trainees and their male counterparts has widened since the minimum salary was scrapped, a survey has found.

The Solicitors Regulation Authority (SRA) impact survey of 33,000 trainees’ salaries between 2011 and 2016 found that abolition of the minimum salary in August 2014 has led to an average drop in wages, with trainees at the lowest-paying 2% of firms worst affected.

Trainees from black and Asian minority ethnic (BAME) backgrounds were more likely to be at these firms, at which salaries were now “up to” £13,104 a year. Before the abolition, the minimum salary was £17,268.

The impact assessment, completed in November, found that across the whole profession the average fall in salary was £560, mainly because the lowest-paid trainees were receiving less.

Meanwhile, altogether almost a third of all firms were at the top end of salaries paid (labelled “prime tier” by the SRA), with trainees commonly enjoying salaries of over £40,000 and up to £45,000.

The median (mid-point) salary of trainees was £25,677, slightly lower than it was when there was a minimum salary.

The gap between the salaries of white and black trainees reduced between 2011 and 2016 from £1,850 to £1,099, but remained “significant”, the survey said. The reason it had shrunk was that whites’ salaries were lower, it explained.

BAME trainees tended to work in firms that paid less, “such as sole practices and firms specialising in criminal, litigation or real estate work”, while “firms [that] specialise in areas such as intellectual property or corporate law pay more.”

Illustrating this point, the survey found the gap between small and other-sized firms had widened since the minimum salary was scrapped – to £8,161 compared with £5,400 before.

Women earned £460 less per year on average than men, a gap that had increased by £128 since the minimum salary was abolished.

The survey said the data did not explain the gender gap. Possible reasons were “interrelated factors such as the culture of the profession, society and career choices”.

Social mobility was also reflected in the salary figures. State-schooled trainees were less likely to earn as much as their privately-educated counterparts. Four in 10 of the former earned less than £19,000 while six out of 10 of the latter earned more than £40,000.

More positively, the survey found an “upward trend” in the number of training contracts offered between 2011 and 2016, but the SRA could not say whether this was due to removal of the minimum salary.

A survey of trainees’ views found that almost half felt their salary was too low in 2016, slightly fewer than said the same when polled in 2012.

However, three-quarters of trainees doubted that removal of the minimum salary had had an impact either way.

The survey said: “It is unlikely that the removal of the minimum salary, in isolation, has impacted significantly on firms’ decisions about whether to start taking on trainees or to take on more trainees or their salaries levels.”

Paul Philip, the SRA’s chief executive, said: “Although the pay gap between different ethnic groups has reduced since the removal of the minimum salary, it is disappointing that the data again highlights that black and Asian solicitors are more likely to work in firms that pay less.

“We will continue to work with others to increase diversity in all types of firms and at all stages in a solicitor’s career.”