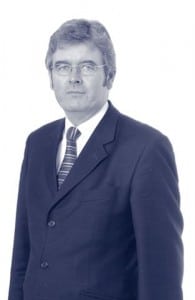 Maguire: case highlights the difficulty in relying upon causation defences

The Court of Appeal’s ruling in the Levicom case involving City firm Linklaters last week “will be of concern for City firms and their insurers”, a leading professional indemnity lawyer has warned.

Peter Maguire, an insurance partner at CMS Cameron McKenna, said that “as well as adopting a tough line on causation by putting the onus on the solicitor to establish that its negligent advice was not causative, the Court of Appeal also adopted a harsher approach on breach of duty”.

At first instance, the High Court ruled that although Linklaters had provided some negligent advice to Levicom over settling a dispute, the negligence did not cause any loss to the company. Its £37 million loss of chance claim is based on the argument that it would have settled earlier and on better terms but for Linklaters’ advice, but the judge said Levicom would not have acted differently even if the advice had been less optimistic than it was.
Allowing the appeal, the Court of Appeal said the judge had not approached the causation issue correctly. Finding evidence that Levicom did rely on the advice, Lord Justice Stanley Burton said: “I fully accept that when Levicom sought Linklaters’ advice, they strongly believed that they had a strong case. Their views were reinforced by the advice they received from Linklaters. It is not surprising that they were then wholly convinced of the strength of their position. Nor is it surprising that they did not question the optimistic advice they were given… I see no point in their seeking and paying for Linklaters’ views if they were not to influence their conduct of the dispute.”

Lord Justice Jacob added: “When a solicitor gives advice that his client has a strong case to start litigation rather than settle and the client then does just that, the normal inference is that the advice is causative. Of course the inference is rebuttable – it may be possible to show that the client would have gone ahead willy-nilly. But that was certainly not shown on the evidence here. The judge should have approached the case on the basis that the evidential burden had shifted to Linklaters to prove that its advice was not causative. Such an approach would surely have led him to a different result.”

Mr Maguire said: “Although the standard of skill and care is that of the reasonably competent solicitor undertaking the type of work in question, ie ‘the reasonable average’, in practice, the courts often apply the standard of the particularly diligent and meticulous practitioner. That standard can, in practice, be even stricter in claims against large City firms, although much may depend upon which party attracts the sympathy of the court.
“The case also highlights the difficulty in relying upon causation defences. What the Court of Appeal said is that, where a client has sought advice from a top-tier firm, the presumption is that the client would follow any non-negligent advice that should have been given. This applies (not unreasonably) even where the clients are experienced businessmen with their own strong views on matters, as were the directors of Levicom. Whilst such cases are fact-sensitive, it follows that cogent evidence on causation will generally be required in order to rebut the presumption of reliance.”

In a statement, Linklaters said: “We do not feel it is appropriate to comment [on the ruling] at this time, as there remain substantial issues still to be determined. We can confirm that we are seeking leave to appeal to the Supreme Court.”