Tory MPs lobby Truss to get on with whiplash reform 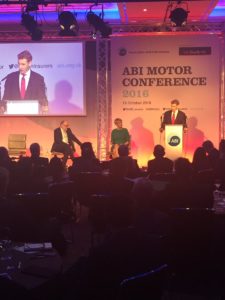 A group of Conservative MPs will next week lobby justice secretary Liz Truss to press ahead with the proposed personal injury reforms.

Last week it emerged that the long-awaited consultation on raising the small claims limit and removing general damages for low-value soft-tissue injuries has been unexpectedly put on the backburner.

The Ministry of Justice insisted that reform is not off the table, but in replies to parliamentary questions this week, minister Oliver Heald said it would be bringing forward proposals “in the coming months” – which in civil service speak usually means nothing will happen for quite some time.

Speaking at yesterday’s Association of British Insurers Motor Conference, Croydon South MP Chris Philp said last week’s news was a delay, rather than a cancellation, and revealed that he would be leading a delegation of about 10 backbench MPs to meet with Ms Truss next Monday.

He told Legal Futures afterwards: “I want to see the proposals announced in the Autumn Statement last year put in place as soon as possible.”

Mr Philp, a member of the Treasury select committee, related to the conference his own experience of being repeatedly called to make a claim after a minor accident where there had been no injuries.

Also on the platform was former Labour justice secretary Lord Falconer, who said few people in Parliament were focused on personal injury reform given Brexit, and predicted that Ms Truss would be similarly engaged.

He called on insurers instead to invest in fraud detection and taking legal action against fraudsters, rather than pursuing “unfair” changes to the system.

The pair did agree on the need to tackle illegal cold calling by using criminal sanctions.

Nonetheless, there was a clear resolve among the insurers who spoke at the conference to continue lobbying for the reforms, with the ABI putting them top of its list of five action points it said would deliver a “fairer deal for honest customers”.

A new ABI booklet explaining the cost of motor insurance also that 37% of the near £8bn paid out by insurers last year went on bodily injury claims, with a further 17% on property damages and 19% on overheads. It also said that following the 2013 reforms, insurers passed on over £1.1bn in lower premiums to consumers.

In a closing debate on the Autumn Statement reforms, Neil Sugarman, president of the Association of Personal Injury Lawyers, urged insurers to remember that most claimants were genuine, agreeing with Lord Falconer earlier in the day that it would be unfair and throwing out the baby with the bathwater to preclude people from bringing claims because of the existence of fraud in the marketplace.

Mr Sugarman also questioned the role of other parts of the claims process in driving up costs, such as car hire, towing charges and car component charges.

Andrew Parker – head of strategic litigation at leading defendant law firm DAC Beachcroft – responded that the whiplash claim “is often the enabler” of those other costs.

He also called for the extension of fixed costs across the fast-track to prevent claimant solicitors from moving onto areas of work seen as more attractive because they do not currently have fixed costs.

Mr Parker said he did not agree with insurers making pre-med offers, but said that “if you have a dysfunctional system, you’ll have dysfunctional behaviour”.

Also on the panel was Martin Milliner, claims director at LV=, and there was considerable consensus supporting the abolition of claims management companies and complete ban on cold calling.

Kevin Rousell, head of the Claims Management Regulator, pointed out that it was effectively banned already – as claims companies cannot do what client law firms are banned from doing – and said it was the “illegal trade” in data that was being targeted.

Mr Parker concluded that “all sides have more in common than they may think”, and urged them not to lose the impetus of the calls made last week to collaborate on finding solutions to the problems in the market.