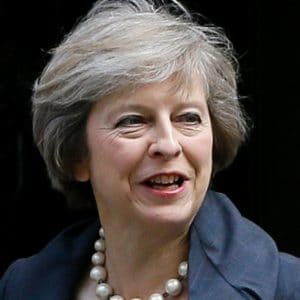 The Conservative Party is to press on with reforming personal injury, with a pledge in its election manifesto today to “reduce insurance costs for ordinary motorists by cracking down on fraudulent and exaggerated whiplash claims”.

It has also promised to “strengthen legal services regulation”, without explaining how that might be done.

The manifesto launched this morning by Theresa May contains no detail on how the Conservatives will deal with whiplash claims, but it seems reasonable to assume that the provisions in the Prisons & Courts Bill, which was dropped after the election was called because there was not enough time to get it through Parliament, will be resurrected.

It has also finally indicated some movement on the longstanding call by claimant groups for a ban on personal injury cold-calling, saying it would “consider” this if re-elected next month.

The party pledged to “reform and modernise the home-buying process so it is more efficient and less costly” – it promised to crack down on unfair practices in leasehold, such as escalating ground rents, as well.

In a section on the armed forces, the manifesto said the Conservatives “will strengthen legal services regulation” and also restrict legal aid for “unscrupulous law firms that issue vexatious legal claims against the armed forces”.

There was no other mention of legal aid, but more broadly on the justice system, the party said: “A strong criminal justice system requires a good legal system. We cherish our strong and independent judiciary. Our courts and judiciary are respected as the finest in the world.

“Legal services are a major British export and underpin our professional services sector. We will continue to modernise our courts, improving court buildings and facilities and making it easier for people to resolve disputes and secure justice.”

On human rights, there is some breathing space. It said: “We will not bring the European Union’s Charter of Fundamental Rights into UK law. We will not repeal or replace the Human Rights Act while the process of Brexit is underway but we will consider our human rights legal framework when the process of leaving the EU concludes.

“We will remain signatories to the European Convention on Human Rights for the duration of the next parliament.”

The rules that govern mergers and takeovers would be updated so that bidders are clear about their intentions from the outset of the bid process, “that all promises and undertakings made in the course of takeover bids can be legally enforced afterwards, and that the government can require a bid to be paused to allow greater scrutiny”.

Announcing that they would not hold the second stage of the Leveson inquiry into the culture, practices and ethics of the press, the Tories said they would also repeal section 40 of the Crime and Courts Act 2014, which, if enacted, would force media organisations to become members of a “flawed regulatory system or risk having to pay the legal costs of both sides in libel and privacy cases, even if they win”.

There is also a plan to create “the largest repository of open land data in the world”, by combining the relevant parts of Land Registry, Ordnance Survey, the Valuation Office Agency, the Hydrographic Office and Geological Survey to create a comprehensive geospatial data body within government.