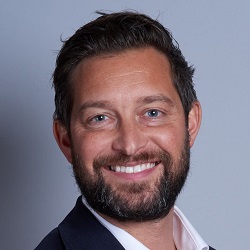 An ambitious Scottish law firm has made its first move south of the border by acquiring a large conveyancing business as it looks to rapidly build a full-service offering in England.

Knights took on HPL as part of its acquisition of York and Lincoln firm Langleys earlier this year, but said at the time that it was reviewing its options for the business as conveyancing was “non-core”.

HPL – which will in time adopt the Gilson Gray name – will add up to £20m in additional revenue within two years, with the Scottish firm looking to double the current 65 staff “as soon as possible”.

Gilson Gray only opened in 2014 and now has 400 staff providing legal, financial and property services from offices in Edinburgh, Glasgow, North Berwick and Dundee. It also has a growing presence in Aberdeen. It offers a wide range of legal services for individuals and businesses.

Speaking to Legal Futures, group chairman and managing partner Glen Gilson said the plan was to match or even exceed this growth curve by rolling out the legal and financial services to England – but not its estate agency operation.

While solicitors selling property was common in Scotland, Mr Gilson said this would conflict with the “large, nationally footprinted” clients who have been urging the firm to expand to England.

The firm has a “very significant promise” of work from these clients, he added. “We do expect very sizeable turnover growth in a very short period of time.”

He intended that, within three years, Gilson Gray would have a “sophisticated full-service footprint across a number of English towns and cities”.

There were already talks underway for “further blue-chip acquisitions” in key regions of England.

As a one-time partner and member of the management board at HBJ Gateley – the Scottish arm was not part of Gateley’s 2015 float – Mr Gilson said he had experience of making acquisitions in England. Gilson Gray has the “capital firepower” as well.

Though initially a ‘traditional’ law firm regulated by the Solicitors Regulation Authority, the financial services side of the business meant the English operation was likely move to become an alternative business structure – not currently allowed in Scotland – and Mr Gilson said all the options this would open up, such as external investment, would be on the table.

“We set the business up so we could avail ourselves of every opportunity for investment and growth,” he said.

Mr Gilson said he planned for HPL to become “the market leader in its area of expertise within the next year”. This did not necessarily mean the biggest conveyancer by size, he explained, but “we have always set ourselves the ambition of being best of breed”.

This was not “hyperbole”, he stressed – the firm operates against 20 measures that represent being ‘best of breed’ and staff are incentivised to help achieve them.

In other M&A news, Birmingham-based law firm Anthony Collins Solicitors has taken over Cheshire-based private client practice Jobling Gowler, whose 14 lawyers will continue to trade under its existing name from its base in Macclesfield.

Progeny will have more than £5.5bn of assets under management as a result. Its chief executive, Neil Moles, described the international expansion as “a thrilling new front for us, which will bring fresh new opportunities for our clients, our team members and for Progeny as a growing and ambitious firm”.

David Pugh, chief executive of The Fry Group, said: “Bringing both businesses together will, over time, enable us to provide a broader range of in-house services including legal and property services for private clients, businesses, and families, in addition to the tax, estates and financial planning services we already provide.”

Progeny describes itself as the only firm in the UK to bring together independent financial planning, asset management, tax, HR and private and corporate legal services.

The group is made up of Progeny Private Law and Progeny Corporate Law, alternative business structures licensed in 2016, together with Progeny Wealth, a wealth management firm, and Progeny Asset Management, both regulated by the Financial Conduct Authority.

The firm retains the Clyde name and it said the merger created the largest casualty insurance practice in the UK “and with it we have created a new foundation for claims built on scale, expertise and a new vision for technology”.

Finally, Gloucestershire firm WSP Solicitors has decided against M&A as a way to deal with succession and instead appointed six directors “to invest in the future of the business”.

Managing director Judi Bonham said the move was part of a succession plan to transition ownership into new hands by 2026.

Ms Bonham said: “We have been thinking about the future of our business and how best to leave it in safe hands for the benefit of our loyal and valued clients and employees, so, despite offers from other law firms, we preferred continuity and have assembled a strong team that we feel are perfect to take WSP into the future and best serve our clients and community.”