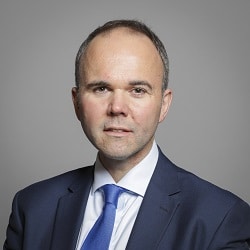 It has brought in four new faces to its political strategy services, led by Lord Gavin Barwell, a former MP and minister who served as chief of staff to Prime Minister Theresa May, and Lord Nick Houghton, a general who was formerly the UK’s chief of defence staff and is now a crossbench peer.

Also joining the firm is Sean West, co-founder of ‘knowledge economy’ technology company ProfeTech, and Andrew Dowler, who was a managing director at Blackstone, the largest alternative assets investment firm in the world, responsible for the public positioning of the firm and its investment platforms across Europe, including government relations.

Avonhurst chief executive Jonathan Bloom said: “In a rapidly changing and increasingly uncertain political landscape, our sophisticated capital client base is seeking guidance in this area now more than ever. The arrival of four such senior hires complements our already strong political strategy services offering, bringing unparalleled expertise and insight.”

Speaking to Legal Futures last year, Mr Bloom explained that for his clients, political risks were now “as relevant” as legal and business risks.

He said he launched the firm to meet the demands of clients wanting to escape from the constraints of ‘Big Law’.

Instead of being a law firm that provided some political work, Mr Bloom said he wanted Avonhurst to analyse legal and political risks simultaneously, to help clients “horizon scan” and understand the jurisdictions they invested in.