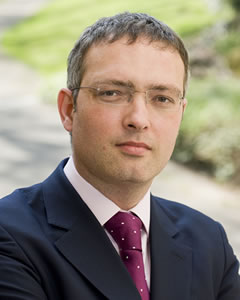 A leading personal injury (PI) law firm has gone public with a unique profitability calculator to make other practices realise how radically the economics of work have changed in the post-LASPO era, Legal Futures can reveal.

Cheshire firm Bott & Co said it was shocked by the analysis, which showed that paying others to generate employer’s and public liability (EL/PL) work would make it heavily loss making.

The firm has instead moved to generating all of its own work itself.

Managing partner Paul Hinchliffe told Legal Futures that this was a “real hidden problem” in the profession.

“Talking to some of our peer group, we think some don’t know what’s happening in their own practices,” he said.

The calculator – a simplified version of the analysis the firm undertook – uses Bott & Co’s own figures, but allows firms to input their own. Mr Hinchliffe emphasised that the firm was making the information public for the wider benefit of the market, rather than for its own benefit.

Previously the firm used a number of mixed case suppliers, which tended to have a multi-media approach to PI claims generation, with a heavy television presence and prominent online marketing, making them expensive.

The profitability was always marginal, and the turning point came with the reduction of the RTA portal fees last April. In the absence of a reduction in marketing spend per lead by the supplier, this meant a greater acquisition cost was put onto EL/PL cases.

Bott & Co found that 68 of every 100 leads received from suppliers were EL/PL, with the rest RTA, but that the RTA cases were much more likely to become paying cases – in all, 35 of the 100 cases did.

Once the high cost of acquisition and overheads were added together, the firm discovered that it would make an annual loss of £71,091 per EL/PL fee-earner.

The only variable that could be targeted to change this was the cost of acquisition, Mr Hinchliffe explained: “This is why we didn’t go with any of the claims generators in the new world.” Instead, Bott & Co has invested heavily in its own marketing capability to generate all of its own work. The firm does not need the volume it used to have because of a restructuring of the liability team, he added.

Senior partner David Bott, a former president of the Association of Personal Injury Lawyers, said: “LASPO and everything that has flowed from it really has been a wake-up call for us. Once we ran the profitability analysis on our work sources and took a look at the figures, we soon realised we needed to change the way we did things. If we didn’t, we were going to end up losing a lot of money and it was a scary prospect.

“I believe there’s a genuine story here to be told about the future of PI firms and I hope that by sharing the profitability calculator we can open people’s eyes to how things have changed in this post-LASPO world.

“I don’t think we’re the only ones to have found ourselves in a situation like this; it’s a topic that’s really resonated with a lot of people in the industry that we’ve spoken to. We were shocked by the story that the figures told and I think others will be too. “

Bott & Co, which is an alternative business structure, recently announced plans to create 10 new posts – including four in the communications team and two for IT developers – to take the total size of the firm to 80, with a target turnover for the year of £7.5m. It has won recognition over the past year for its innovative flight delay compensation service.