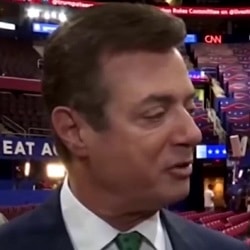 One of America’s most prestigious law firms has agreed to pay $4.6m (£3.5m) and register as a ‘foreign agent’ after admitting to misleading the US government over work done for Ukraine.

Skadden Arps Slate Meagher & Flom was instructed by the government Ukraine in 2012 and as part of that worked with Paul Manafort, Donald Trump’s former campaign manager, who was last year found guilty of fraud.

Skadden has entered into the settlement agreement with the US Department of Justice (DoJ) over violations of the Foreign Agents Registration Act (FARA).

FARA is a disclosure statute that requires persons acting as agents of foreign principals in a political or quasi-political capacity to make periodic public disclosure of their relationship and activities.

According to the agreement, in the spring of 2012, Ukraine’s ministry of justice, with the assistance of Paul Manafort, hired Skadden to write a report on the 2011 prosecution and trial of former prime minister Yulia Tymoshenko and to address various questions regarding its fairness.

Although the engagement letter said Skadden would be paid its usual fees and expenses, the contract Skadden signed, and which Ukraine made public, said the law firm would be paid only around $12,000.

Skadden understood that a Ukrainian business person would be paying its fees, which it received from a Cypriot bank account of Black Sea View Ltd, a company controlled by Mr Manafort.

Skadden was eventually paid $4.6m for its work with the arrangements – the details of the money and further advice were not disclosed when the report was issued.

Soon after it began the work, Skadden became aware that Ukraine intended to use the report as part of a public relations campaign to influence US policy and public opinion toward the country.

Skadden’s lead partner for the Ukraine engagement “took steps to advance the public relations campaign”, the agreement said, tipping off a journalist on a national newspaper about the report as part of a bid to set the agenda for the coverage.

The DoJ said that, based on its awareness of and involvement in Ukraine’s public relations campaign, Skadden had an obligation to register under FARA, and disclose how much it was being paid, the source of those payments and the full scope of the work it was doing – but failed to do so.

Its FARA unit then contacted Skadden, but in both written and oral responses over nine months, the firm – relying on the lead partner – made “false and misleading statements” about its actions in the PR work. The firm also submitted false documents to the FARA unit.

As a result, the unit decided that Skadden did not have to register. “Skadden had conducted no investigation to confirm the information the lead partner was providing to the FARA Unit and to other partners at the firm,” the DoJ said.

Once the true facts came out, it was clear that Skadden did have to register under FARA, and under the agreement will do so retrospectively.

Assistant Attorney General for National Security John Demers said: “Law firms should handle inquiries from the federal government the same way they would counsel their clients to: with appropriate due diligence to ensure the honesty of their response.

“Skadden’s failure to do so, and reliance on only the representations of the lead partner on the matter, hid from the public that its report was part of a Ukrainian foreign influence campaign.

“FARA protects the integrity of the American political system by enabling Americans to consider the identity of the speaker as they evaluate the substance of the speech.”

Skadden has also agreed to ensure that it has “formal, robust procedures for responding to inquiries concerning its conduct from any federal government entity and ensuring FARA compliance as to its engagements on behalf of foreign clients”.

The agreement acknowledged that Skadden has already taken “substantial steps” to comply with its terms, and so long as the firm continues to comply with it, the DoJ will not take any further action.