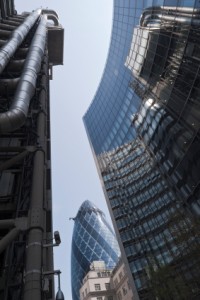 A Court of Appeal judge has issued a warning over the risk of external investment in law firms leading to “small, imperceptible steps” that could put business interests ahead of professional ethics.

Lord Justice Gross also told the Bar that it was “too simplistic” to claim that all the instances of poor advocacy came from other parts of the profession.

Addressing the London Common Law and Commercial Bar Association on whether the capital is still, and will continue to be, a good place to litigate, the judge highlighted the importance of both solicitors and barristers displaying “the highest standards of probity”.

He said: “I flag this point because we face the prospect of a variety of legal structures to come, including the prospect of outside investment. It is no part of the judiciary’s function to oppose innovation simply because it is new; but it is not inappropriate to sound a warning against any erosion of the advocate’s duty to the court.

“I am anxious to ensure that a conflict between shareholder value or business interest on the one hand and professional ethics should always be resolved in favour of the latter – and the point is worth making because the pressures to the contrary can arise in subtle form through small, imperceptible steps.

“There is of course the further matter to which I can only allude – namely, that the more innovative we are with the delivery of professional services, the greater the likely burden of regulation, a matter replete with it its own difficulties.”

He also suggested that the Legal Services Act 2007 had moved the profession “from relatively straightforward regulation to what might be described as a more complex, more expensive regulatory landscape”.

Gross LJ emphasised the importance of an independent Bar to the rule of law, but said the judiciary may speak out from time to time where the quality of advocacy is threatened. “The QASA scheme (Quality Assurance Scheme for Advocates, in the criminal sphere) may be seen as a facet of this concern,” he said.

He added later: “It would be too simplistic to say that all good advocacy comes from the Bar and all shortcomings in advocacy come from others. I fear, in my experience at least, that is simply not so. There is a challenge for the leadership of the Bar which must maintain its standing as the advocacy profession of excellence.”

The judge expressed concern about the impact of legal aid cuts on the excellence of advocacy in the future. “Money is in short supply; that is a reality. There are many priorities and supplicants for public funds. That too is understood. However, reducing cost – in the sense of tightening the legal aid budget – must, over time, impact on the willingness of the best and brightest to practise at the publicly funded Bar. What will this do to the quality of our justice system over time, in areas such as crime and family?”

He echoed other judges in warning that to the extent the legal aid cuts increase the number of litigants in person, “there is a very real risk of increasing delay, so, in part at least, negating any savings”.

Gross LJ also suggested that while over recent years there has been much emphasis on rights, some might say there has been too little on duties. “We are in danger of encouraging the assertion of rights while not having the resources to permit their proper exercise. Something may have to give.”

Nonetheless, despite various further concerns about the impact on the efficiency of the courts of issues like the over-use of expert witnesses and excessive use of judicial reviews, and longer term the effects of new funding arrangements on the “culture of litigation and burden of regulation”, the judge concluded that England and Wales is still a good forum for litigation.

“We do need, however, to remain vigilant. We face competitive pressures internationally and obvious constraints domestically. Some reforms, however well meant, have the potential to generate unintended adverse long-term consequences.

“In coping with our difficulties and in confronting the challenges which undoubtedly lie ahead, it seems to me that the five principles highlighted tonight provide sure guides: to recap – the public interest, integrity, excellence, efficiency and a focus on the long term.

“The effort will be worthwhile. What is at stake is no less than the enduring future of our justice system, one of this country’s strongest assets, whether considered in terms of values or trade.”