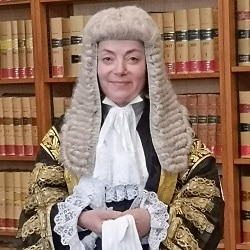 The president of the Queen’s Bench Division has strongly criticised lawyers in the London office of US firm McDermott Will & Emery (MWE) after they allowed a trial to be live-streamed to observers outside the UK without the court’s permission.

The firm has reported its conduct to the Solicitors Regulation Authority and the court ordered that the regulator be sent a copy of its judgment “so that this court’s views of the seriousness of the breaches in this case can be made known to it”.

The trial judge, Mr Justice Warby, referred the case to Dame Victoria Sharp because of the misconduct, which saw up to nine individuals around the world, including in the United States, Cyprus and Russia, watch the first three days of the five-day trial via Zoom.

He found this breached section 41 of the Criminal Justice Act 1925 (the ban on taking photographs in court), and/or section 9 of the Contempt of Court Act 1981 (ban on sound recordings), and/or his own order.

Sitting with Mrs Justice Andrews, Dame Victoria said the events displayed “a casual attitude towards orders of the court which falls well below the standards to be expected of senior and experienced legal professionals, and a lack of appropriate guidance and supervision of more junior staff, in a matter of importance”.

She added: “Furthermore, until the judge made plain how seriously he viewed what had happened, there appeared to be a lack of focus on and engagement with the seriousness of the breaches.”

The issue was then taken “extremely seriously”, she acknowledged, and partner Ziva Robertson “has frankly accepted her responsibility for what happened and has made a full and unreserved apology to the court.

“We further accept, as did the judge, that this was not a case of deliberate defiance of the court’s order.”

MWE is acting for the claimants in a high-profile defamation case brought by a Russian businessman named in the infamous Steele dossier on links between Donald Trump and Russia.

The trial last month was held in person at the Royal Courts of Justice, with the press and public in a second courtroom watching on a live-stream.

In its application for this, MWE raised the possibility of transmitting the live-stream to participants who were unable to attend in person due to the UK’s Covid-19 quarantine restrictions.

In his order, Warby J was clear that this would not be permitted, but MWE failed to send copies of it to either its clients or Opus 2, the contractor setting up the audio-visual link. Sharp LJ said it was “surprising” that Opus 2 did not ask to see the order.

The breach was discovered by accident on the third day. During the cross-examination of another witness, the judge noticed that one of the witnesses who was giving evidence remotely was on one of the video screens and that he could hear what was going on.

The claimant’s QC, Andrew Caldecott QC, apologised to the court, saying Ms Robertson had had a “slight memory fade” when telling some clients on the first day that they could use the Zoom feed.

The trial ended on Friday 24 July and the judge held a hearing four days later to consider the consequences of the breaches of his order.

In referring the matter to the Divisional Court, Warby J said he was satisfied that this was not a case of open defiance of his order but that the evidence revealed significant failures.

Sharp LJ said that, once live streaming or any other form of live transmission takes place, “the court’s ability to maintain control is substantially diminished, in particular where information is disseminated outside the jurisdiction, as happened in this case.

“The opportunity for misuse (via social media for example) is correspondingly enhanced, with the risk that public trust and confidence in the judiciary and in the justice system will be undermined.”

The court said the various explanations put forward by MWE were “difficult to comprehend and lack coherence”.

They failed to address how the link to the hearing was shared with some of the participants and did not “explain satisfactorily why someone of Ms Robertson’s seniority thought it would be acceptable for what she knew to be an unsecure link to be sent to anyone, let alone without any restrictions on it being forwarded to others”.

Neither Ms Robertson, who had overall conduct of the case, nor Lynsey McIntyre, the partner responsible for preparing the claim for trial, “appears to have thought it appropriate at any stage in this unfortunate debacle to take the simple step of looking at the order itself or of speaking to their counsel before giving any advice to their clients or instructions to the associate solicitor [who sent out the links]”.