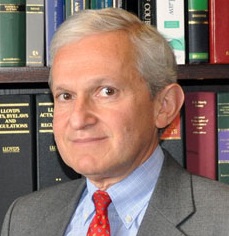 Vos: Family lawyers may be the lucky ones

Technology will revolutionise the way we educate, train, and utilise legal expertise, a senior judge has predicted.

Sir Geoffrey Vos, chancellor of the High Court, laid out a vision of the future where training might depend on whether people wanted to be a ‘social lawyer’, a ‘human rights lawyer’ or a ‘business lawyer.

Delivering the inaugural Law Society lecture on the future of law, Sir Geoffrey explained: “Social lawyers will need training in dealing with people, in social science, in civil rights, in what causes crime and family break-up rather than hard-edged law.

“Human rights lawyers will need training in the relationships between citizens and between the citizen and the state.

“They will need to know some computer coding; they will require business and technological training, as well as legal training.”

When it came to business law, Sir Geoffrey said transactional lawyers would still be in demand “to provide legal advice as to the effect of the automated transactions to which their clients are signing up”.

Smart contracts and automated documentation would significantly reduce “the grunt work for transactional lawyers”, but there would inevitably be more regulation to make online a safe space, and this would mean “more work for those involved with ensuring that businesses and individuals comply with that regulation in almost every sector”.

Sir Geoffrey also thought it was premature to predict the death of litigation – despite some saying that smart contracts by their nature cannnot lead to litigation, he said some would, “if only because somebody will say that they were misled or deceived outside the terms of the underlying computer code”.

He continued: “There will still be commercial disputes, but they will need to be resolved with the benefit of legaltech software that will much reduce the workload of litigation lawyers. Disclosure, so far as it is necessary, will be automated.

“In addition, I doubt that there will in future be so many disputes of primary fact in commercial cases, because we are living in a world of increasing levels of surveillance.”

Technology already available that sought to predict the outcome of commercial disputes did “not take into account human frailties”.

He said: “My experience at least is sometimes that some of the most unreasonable humans can be involved in litigation. Other human frailties include being driven by emotions such as jealousy, grudges and revenge.

“This provides a challenge in the age of artificial intelligence, because the humans that are in receipt of digital outcome predictions may simply refuse to accept the machine-driven forecast, and decide to take their chances.

“Moreover, there are other imperatives that cause or contribute to litigation that will not be easily amenable to AI processes – for example, the creation of delay can be a crucial commercial tool.”

There would still be criminals and criminal cases, even if the crimes would be different once the digital revolution was complete, Sir Geoffrey said.

“Cyber-crime and sex crime is likely to be the most prevalent, but I doubt that even in 30 years’ time, society will accept the digital determination of guilt in contested criminal cases. Computers will probably not replace juries, even if the jury’s decision-making will be very greatly assisted by a range of digital processes.”

But he reckoned there would be far fewer contested criminal cases in the future, mainly because of the growth of surveillance.

“If the legislators were, for example, to require citizens to carry phones at all time, it would be even more difficult to avoid detection.”

He warned commercial lawyers to understand that the developments for small claims – such as the online court – and for consumers generally were likely to affect them too.

“I hear many people in the Business and Property Courts saying that the Online Solutions Court is not really their concern, because major litigation will carry on as before. I do not agree.

“I think that business lawyers need to look very closely at the developments in smaller litigation, because these are bound to be the blueprint for the roll-out of online dispute resolution to more significant and high value disputes.”

“It will be very rare to have a face-to-face interview with a lawyer in relation to a legal problem. Lawyers will be far more mobile and will be able to work anywhere.

“The millennials expect everything online and will be able to get what they need delivered to their tablet or mobile. That will apply as much to dispute resolution as it does to contracts.”

Looking ahead 30 years, he even suggested that “it may be that we will need a cadre of business advisers with excellent technological and IT skills and an understanding of the law, but rather less fully trained legal experts”.

In terms of tort and personal injury, “I somewhat doubt whether lawyers will be much involved in that by 2050. Even if there is not a no-fault compensation scheme for road accidents and medical negligence by that time, the expertise required will not be legal so much as medical and scientific”.

Family lawyers may turn out to be the “lucky ones”, Sir Geoffrey said. “There is limited scope for asking AI software to determine which parent should have custody of a child – at least until artificial general intelligence is more readily available, and I think that is some way off.”

Employment contracts and disputes would exist in 2050, “but will mostly I suspect be resolved online with less factual dispute in the surveillance age… Everyone’s conduct will be traceable through their devices”.

“I wonder whether criminal and family lawyers will become recognised as those dealing with the vulnerable and with social problems rather than with truly legal issues. Once greater surveillance becomes the norm, the law of evidence may become less central, and lawyers less indispensable to dispute resolution in these areas.”

Sir Geoffrey concluded: “We have a good legal system here in England and Wales. Our lawyers are of a quality that is the envy of many other countries. We must make sure that we embrace the new technologies, which by the way create fantastic opportunities for lawyers and courts alike.

“This will involve adapting our legal training proactively so as to prepare the next generation of lawyers for what they will actually be doing rather than for what we all used to be doing.

“Most of all it involves thinking long and hard about how best all of us in the legal community can best serve the new digital generation that our society is producing.”