Top judge calls for ABS transparency amid “commercialisation” of PI 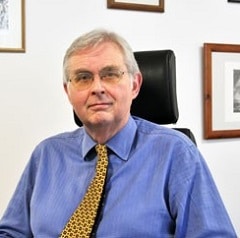 Irwin: Who has skin in the game?

A Court of Appeal judge has called on legal regulators to make public who owns alternative business structures (ABSs) to bring greater transparency to the personal injury (PI) market.

Lord Justice Irwin also called for research into whether under-settlement is as rife in PI as he suspected it was.

Giving the Personal Injuries Bar Association’s annual lecture last week, the judge noted that ABS registers did not reveal who owned the entity.

“Nor, as far as I can see, is there any necessity for such ownership to be transparent.

“These are not ordinary businesses, but companies in control of professional practices, which require rigorous enforcement of professional rules and the avoidance of conflicts of interest. There is much more reason for transparency than in the ordinary commercial sphere.”

“I wonder if there is not a need to make such information publicly available, in a clear and comprehensible form. Should we not see who is profiting from what? As the Americans say: who has skin in the game?”

He put this in the context of the “commercialisation of the system”, suggesting that commercial or “producer” interests have become dominant, “and that at least to some extent the way personal injury litigation and compensation is managed reflects the interests of the producer more than those injured, or the public at large”.

He added: “In cruder language, that this is often a sausage machine, processing large numbers of claims of small or moderate value in a very risk-averse and costs-responsive way.”

One measure that this had happened would be if there were significant numbers of claims brought which would not have been brought in the past, and would not be pursued now, but for the combination of conditional fee agreements on the one hand, and marketing and advertising by the commercial parties on the other.

Irwin LJ said the broad picture was that, despite some decline in very recent years, there has been more personal injury litigation over the years despite a much safer environment. “We will see if recent costs changes alter that,” he said.

Another measure of the impact of producer interests might be consistent under-settlement of claims, to limit exposure on the part of lawyers and insurers, he continued.

There was no reliable research or data on under-settlements, he said – suggesting it was an area “ripe” for academic study – but “intuitively my guess is that they are widespread. The costs risk now being primarily borne by lawyers, insurers and even potentially claims farmers, are a potent force towards under-settlement”.

He added: “And what of the recent drive to establish fraud if at all possible, not for its own sake, but so as to avoid qualified one-way costs shifting?”

The judge suggested that all sides were to blame for any excess number of “not very worthwhile personal injury claims, arising from events which, in a former era, the aggrieved party would have ignored, or treated with stoicism”.

“That change does not arise from a general spontaneous uprising in greed. The cases arise because people have been subjected to intensive and repeated marketing by claims handlers or law firms.

“And often the prime benefit for such claims, claims which would not otherwise be brought because not so serious as to demand action, is not to the claimants who receive modest and often standardised awards, but to those who process the claims, both for and against such claimants.

“We should not forget that, without claims, defendants’ insurers would make no profit.”

Irwin LJ concluded his address on a more reflective note, questioning whether the system of claiming and awarding damages has become too standardised: “Actual losses, past and future, should be computed as carefully, and with as much technical accuracy as possible.”

He also suggested that it may be time to consider how acknowledgement, or recognition of fault, may be marked, “at least in more egregious cases of fault and in larger cases”.

He explained: “That might be by greater use of claims for aggravated or exemplary damages, where appropriate. It might be by stipulating public acknowledgement of fault and apology as part of settlement.

“Should the Civil Procedure Rules address that? Should there be costs consequences of gross negligence, or of a failure to admit and acknowledge serious fault? Should aggravated and exemplary damages be recoverable by the insurer from the insured?

“I have no settled ideas on these questions, which will be for the professions to explore and develop, in any event. I do have the sense that justice requires the injured citizen, where possible, to receive satisfaction and acknowledgement of fault from our civil justice system, as well as strictly computed damages for his or her financial losses and attributable needs.”