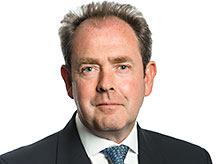 The first acquisition of a listed company that in turn owns an alternative business structure (ABS) went through last week after leading insurer Markel won court approval for the scheme of arrangement to buy Abbey Protection Group plc.

The deal was first announced last October. Markel is spending £116.5m to buy Abbey, which provides legal and taxation-related professional fees insurance, including after-the-event insurance, along with tax and HR consultancy and legal services. The valuation of the company is 9.3 times its EBITDA (earnings before interest, tax, depreciation and amortisation).

William Stovin, Markel’s president and chief operating officer, said: “Positioned as a Markel International business, Abbey will continue to operate under its own brand with its own management retaining their responsibilities within the business.

“With its focus on niche products supported by high-quality service, Abbey is a valuable acquisition for the future development of Markel’s retail strategy. Abbey will benefit from the strength of our balance sheet, and our underwriting expertise, to further develop and expand its business.”

Abbey bought LHS last year and its half-year results in September showed that the firm made a small dent in the company’s profits during a “tough” initial period.

Abbey went out looking to be acquired, both because it needed greater scale “to take advantage of certain growth opportunities”, and also for the senior managers to realise their investment in the business.