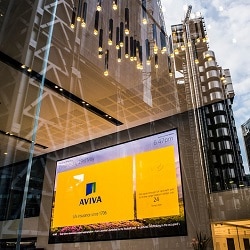 Claimant personal injury solicitors are buying leads obtained illegally and in breach of the referral fee ban, a leading insurance company has claimed.

Aviva said solicitors should have to declare the means by which the client was obtained, and through which business the client was referred, to ensure it was not a lead secured without proper consent.

“This simple action would improve standards in this murky area and help to clean up the bad behaviour often associated with the acquisition of claims leads and, ultimately, lead to a sharp drop in the number of nuisance calls,” it said.

Aviva said an analysis of data from Ofcom and Information Commissioner’s Office, commissioned from economics consultancy Oxera, showed that cold-callers only have the necessary consent for 3% of the calls they make.

It said consumers were targeted annually with 996m nuisance calls and texts relating specifically to a PI claim, pension, PPI or other financial service-related claim – or 1,895 every minute. These calls accounted for 23% of all cold calls in the UK.

Further, a survey of 2,000 adults commissioned from Censuswide in September found that 70% said they had received a nuisance call or text in the previous seven days.

Aviva said that while the Financial Guidance and Claims Act 2018 stipulated that claims management companies (CMCs) required consent from the person they were calling, “there is still a clear need to monitor and enforce compliance with these rules to improve consumer protection”.

It continued that the “barrage of nuisance calls” were mostly made by CMCs acting as lead generators for solicitors.

“These lead generators are paid to ‘introduce’ clients to solicitors – effectively circumventing the Legal Aid, Sentencing and Punishment of Offenders Act 2012 which banned payment of referral fees in connection with PI claims.

“The lucrative nature of selling claims leads has given rise to a black market for car accident data.

“However, current regulation does not require solicitors to divulge the source of their claims leads, which distances the bad behaviour of the lead generators away from solicitors and into organisations which make every effort to remain anonymous.”

Aviva argued that solicitors should no longer be given the option on the Ministry of Justice claims portal to click ‘Prefer not to say’ when asked to identify the source of the claim.

It said monitoring and compliance should be overseen by the Solicitors Regulation Authority, working in conjunction with the Financial Conduct Authority as the regulator of CMCs.

Andrew Morrish, claims director at Aviva UK General Insurance, said: “We’re all fed up with the number of nuisance calls and texts we receive. It is frankly shocking that the claims sector can blatantly and consistently break the law by not securing the necessary consumer consent before contacting them about an injury claim or other issue.

“CMCs and so-called lead generators are making a mockery of the current regulation and legislation designed to protect consumers. It’s not surprising that four out of five (80%) consumers told us they would like a ban on cold calling – full stop…

“Our proposal of one simple action – that solicitors declare the introducer of their claims lead – would prevent them from either knowingly or unknowingly using leads which have been obtained without consent.

“This would improve confidence in the claims process and help restore some much-needed credibility to the injury claims arena.”

Sam Elsby, vice-president of the Association of Personal Injury Lawyers (APIL), responded: “An outright ban is the only way to stop cold calling, and APIL has been leading the campaign on this for years.

“When the government did a U-turn on its commitment to introduce a ban during the passage of the Financial Guidance and Claims Act, we warned that new rules were opaque and would not protect people from the scourge of cold calling.

“We are aware of the increase in cold calls and fully intend to raise the issue with the government again after the General Election. Aviva supported our call for an outright ban at the time and we hope they will do so again. In the meantime, knowledge of any wrongdoing should be reported to the regulator.”

Matthew Maxwell Scott, executive director of the Association of Consumer Support Organisations, added: “They’re called ‘nuisance calls’ for good reason and while the government has tightened up the rules, clearly this remains a problem.

“Reputable law firms and CMCs obey the law, and so it is frustrating when rogue outfits fail to do so.

“That said, this is not just a claimant issue. Consumers’ personal details are being sold from within the insurance industry by staff. Doing more to cap this data well would help tackle the situation at source.”

Meanwhile, the APIL has hit back at recent articles in the Daily Telegraph and The Sun suggesting that tinnitus was the ‘new fake whiplash’ and a new surge of fraudulent claims is set to increase motor insurance premiums by £90.

In a blog, APIL chief executive Mike Benner said: “The reports are sprinkled with supportive quotes from insurers and their lawyers. Quelle surprise. The underlying suggestion is that the government should take action to stop this, in the same way as they have with whiplash claims…

“There is no evidence that the number or cost of tinnitus claims are rising. The ABI, who rarely miss an opportunity to push back against fraudulent claimants, says it isn’t aware of any significant rise in tinnitus claims.

“Likewise the ABI’s own data on injury claims, which captures tinnitus claims, shows the cost and number of injury claims continues to fall…

“The suggestion that premiums will rise due to an increase in tinnitus claims seems to be based on pure speculation and the articles don’t provide any evidence to back up the headlines, which seems to serve my view that it’s a sinister attempt by insurers to build on the culture of mistrust around whiplash claims and spread this misinformation into other claim areas.”