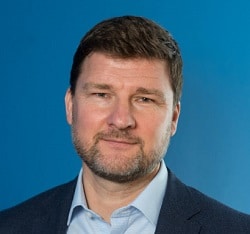 Hudson: Based on the evidence we’ve seen, very, very few of these cases are genuine

A law firm that topped the table for holiday sickness claims is among 27 claimant firms being investigated by the Solicitors Regulation Authority (SRA), it has emerged.

Mark Hudson, head of counter fraud at Manchester defendant firm Horwich Farrelly, told Legal Futures he was surprised to see the firm heading the list, because it was “not one we had pretty much ever heard of”.

Mr Hudson did not give a figure for the number of claims this firm was responsible for, but it was in the thousands. He said the list of claimant firms was compiled by the travel industry and had not been published.

He said “significant numbers of small firms of solicitors” were involved in the holiday sickness market, some of which may have “bought a book of work” from a CMC.

“In the early days, many of these claims were paid, partly as a result of pressure tactics and bullying from claimant solicitors.

“When firms like ours suggested to travel companies that they should not be paying them and there were lots of ways of defending them, it was a huge problem for the claimant solicitors.

“They had large numbers of people working on these cases. They could start litigating on the good ones, but how many were there?

“Very, very few of these cases are genuine. Now claimant firms are getting in touch with us to try and agree a ‘global deal’, saying we should either ‘litigate at enormous cost’ or ‘sit round the table and work something out’.

“We find this very transparent and lame, and we never agree to it. Every single one of our cases is reviewed on its merits. Where they are genuine, they get paid.”

Mr Hudson said Horwich Farrelly had reported a “handful” of claimant firms to the SRA, and a similar number of claims management companies (CMCs) to the Claims Management Regulator (CMR).

He said Horwich Farrelly had successfully defended around 2,500 holiday sickness claims, and around 80 were withdrawn by claimant firms every week. He estimated that only 2.5% of claims seen by the firm were genuine.

Mr Hudson said the first and most useful tactic employed by claimant firms was to make pre-action discovery applications for around 40 categories of documents for each claim.

“The costs of the application are quite significant,” he said. “Tour operators were not sure now to respond and often thought it best to settle.

“We contacted the claimant lawyers to say we would not tolerate this tactic and we would fight every application we saw. Once the rug was pulled from under them, they did not have another tactic which was nearly as effective.

“Quite a lot of cases were lost and there was plenty of publicity about them. We have warned firms that if they do not confirm that they are withdrawing a case, we will apply for discovery ourselves.

“Many firms are no longer taking this type of work and the CMCs are moving out and into completely different markets.”

Mr Hudson added: “Everyone has a view on whether the holiday claims bubble has burst. My position is that we should wait and see what happens this summer and look at the statistics in December.”

A spokesman for the SRA confirmed that the regulator was investigating the conduct of 27 law firms involved in holiday sickness claims. He said most of the investigations originated in referrals from the CMR.

“Concerns were raised about the way that claims were started, and the quality of evidence being brought forward. Our investigations will look at whether or not solicitors knew that claims have not been brought in the right way or are less than legitimate.”