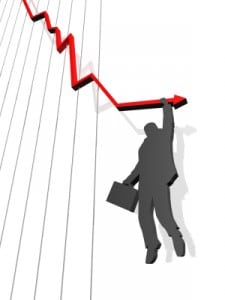 Competition: some FDs see ABSs as threat to profitability

Alternative business structures (ABSs) are increasingly on the radar of the top 100 law firms, with a growing number recognising them as threats to their profitability – and one in five planning ABS conversion themselves, according to new research.

The annual survey of finance directors (FDs) at the top 100 firms by Sweet & Maxwell found that while in 2010 not a single respondent identified competition created by the Legal Services Act as a risk to profitability, this year 19% said it poses a high risk and 27% a medium risk.

At the same time, most of the FDs dismissed a stock market listing or private equity investment as an inappropriate source of funding for law firms. Bank lending and alternative finance, such as asset finance or invoice discounting, were seen as more appropriate.

Teri Hawksworth, managing director of Thomson Reuters Sweet & Maxwell, said: “The big question is how high up the league table of law firms the ripples from the Legal Services Act spread. While none of the magic circle firms we spoke to identify the Act as a risk, we are seeing more firms outside the top 10 paying more serious attention to its impact… “However, some partners feel that pressure from shareholders to deliver short-term returns would radically alter the culture at their firms. Law firms have always prided themselves on a client-first approach and investment in their staff; that is not incompatible to delivering shareholder returns but not all lawyers or their FDs would relish constantly explaining that ethos to more impatient shareholders.”

Sweet & Maxwell said there are also concerns amongst senior managers at law firms that inviting external investment would disincentivise lawyers by allowing the firm’s biggest asset – the partners – an easy exit route.

“Allowing too many fee-earners to swap part of their stake in the business for cash could disincentivise some,” said Ms Hawksworth. “Partners may also be wary of opening their business up to the level of public scrutiny that goes with external investment. That is not to say that external investment will not work – just that lawyers are aware of the downside.”