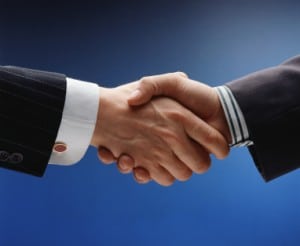 Winmark Research’s annual ‘Looking glass’ report also highlighted how top firms are being forced away from the hourly billing model by their clients, with 83% of managing partners saying they have increased the use of fixed fees in 2011.

The survey found that a third of managing partners at top firms rated M&A in their top three priorities, nearly twice the level in 2010. Some 90% foresaw consolidation as the dominant market trend over the next couple of years.

“Where in the past the development of M&A opportunities was relatively passive, there is now evidence that more firms are actively seeking potential partners,” the report said.

More than half (53%) of firms surveyed said they are unlikely to use ABSs, and just 12% said they are “very likely” to use them. “As some of the larger firms considering the move have stated, the opportunities associated with ABS are less directly related to transformational change than to their potential as a facilitator to ongoing development.”

Developing international capacity was also a significantly more important theme, reflecting the growing need for cross-border advice among in-house counsel surveyed as part of the research.

d how they are now looking to adapt their shape for the longer term. “Activities in restructuring, rationalising business systems and reducing office space all show efforts being taken to reduce overheads and make firms more agile to adapt to new approaches and directions,” it said. They are also investing more in IT.

This is being driven by increasing efforts by firms to align themselves more closely with their clients, but pricing continues to be a stumbling block, with cost certainty an ever greater priority for general counsel. As well as more fixed pricing, firms also increasingly offered success-based fees, volume discounts and value-based pricing.

But the report noted: “Despite offering alternative pricing arrangements, many firms have not implemented the systems and processes to present cost certainty to clients effectively. This has caused a loss to the firm or has increased the price to the client.

“Client demand dictates that firms have a clear opportunity to differentiate in this area but they continue to face challenges presented by uncertain project scoping.”

Increasing use of specialist outsourcing providers by in-house teams is also providing a “genuine threat” to work that traditionally has gone to law firms; 39% now completely or partially outsourcing pre-contract due diliglence (31% in 2010) and 27% doing the same with document processing (16% in 2010).

The report said firms have found difficulty in developing solutions to manage process and volume work more efficiently, with continuing problems caused by a lack of sophistication around process and project management, client concern over data protection and security, and justifying the cost of setting up new initiatives where the outcome is uncertain.

Winmark spoke to 96 leading general counsel and legal directors, and 49 managing partners/CEOs/COOs. The report was done in association with Tata Consultancy Services.