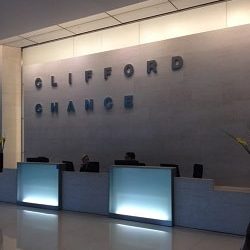 The top 50 law firms had nearly £6bn of unpaid client invoices on their balance sheets last year and would be better prepared for another crisis like Covid if they reduced this, an analysis has argued.

“If firms were able to reduce this to say 75 days (i.e. clients pay on average after 2.5 months), it would generate an additional £1.9bn worth of cash for the top 50,” the analysis said.

“Put another way they would then have enough cash on their balance sheets to cover three months of employee wages, making them vastly more self-sufficient if – or rather when – we experience the next shock…

“The tools for greater self-reliance are right under the noses of law firm management.”

The analysis found that, at the time the pandemic hit, law firms were facing slowing revenue growth and high cost bases.

The top 50 firms generated £19.5bn of revenue in 2019/20. While this was an increase of 4.3% on the previous year, it was the second lowest annual increase in the last seven years. Clifford Chance reported the highest revenue, at £1.8bn, with Browne Jacobson coming in at number 50 with £81m.

As a result, operating profit margin fell from 32% to 29.8%, reducing operating profit by £430m across the top 50 and representing the lowest level and biggest movement in the last seven years.

This reduced profit was shared by an increased number of partners (up 2.9%), meaning the average profit per member fell from £511,000 to £496,000, a reversal of increases in the last three consecutive years.

At the same time, through various measures – such as withholding partner distributions and bank support – the average cash balance of a top 50 law firm at the year-end stood at £49m, a 57% increase on the prior year.

“This represents the most healthy cash position for law firms in the last seven years and possibly for a generation,” Smith & Williamson said.

It went on: “Perhaps the only lever not pulled by law firm management was an increase in partners’ capital, most probably because this would take time to put in place and perhaps that it was felt any cash crunch would be temporary.”