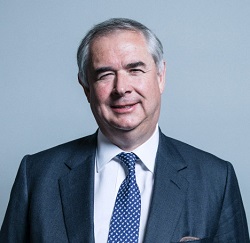 The head of Thomas More Chambers and one of the highest-earning MPs as a result of his legal work is giving it all up today after he was catapulted into the cabinet as Attorney General.

Geoffrey Cox QC, MP for Torridge and North Devon, was promoted from the backbenches after his predecessor, Jeremy Wright QC, became culture secretary.

The reshuffle followed the Brexit-related resignations of David Davis and Boris Johnson. As a government minister, Mr Cox will not be allowed to continue his legal practice.

Meanwhile, the addition of one-time Linklaters lawyer Dominic Raab to the cabinet as Brexit secretary means that there are now three former City solicitors around the table, with justice secretary David Gauke (formerly of Macfarlanes) and housing, communities and local government secretary James Brokenshire, who worked at Jones Day.

Mr Cox, who was elected in 2005 at the second attempt, set up the chambers in 1992 and took silk in 2003. Initially a small common law set, it now offers a range of legal advice from 43 barristers.

His cases include the massive Jubilee Line fraud trial, acting for the millionaire businessman Nicholas Van Hoogstraten in his successful civil appeals against international freezing orders and contempt proceedings and in the criminal hearing which resulted in his acquittal, and successfully defending a member of the Queen’s Lancashire Regiment charged with war crimes.

Mr Cox, who supports Brexit, has consistently been one of the highest-earning MPs due to his continued work at the Bar.

His MP’s register of interests reveals that he has disclosed fee income of £464,542 since August 2017, of which nearly £240,000 came from work that done since 2016 for London, Belfast and Addis Ababa law firm Oracle Solicitors.

The register also records his shareholdings in Thomas More International – an international law firm based in Mauritius, of which he is chairman – and Thomas More Property Holdings.

He told the parliamentary standards commissioner that he had previously relied on the head clerk of his chambers to draw the receipt of payments to his attention, after which he would register them.

However, the illness and subsequent retirement of the head clerk had led to the breakdown of this system.

Mr Cox also accepted that during 2015 he had “failed to give this matter the due thought and priority it required” as a result of his “intense schedule” over the summer, until he reviewed his records in late September and “became fully aware of the scale of the oversight”.

He self-reported his conduct and resigned his membership of the House of Commons standards committee.

In ordering him to make the apology, the same committee found that though Mr Cox had no intention to hide the payments, his time on the committee meant he should have been more familiar with the rules than other MPs.

Mr Cox once wrote an article on continuing to practice that explained how the advocate’s skills required “constant maintenance and continuous use”.

He said: “So when, I decided to embark upon the path to selection as a general election candidate for the Conservative Party, I did not envisage giving up my profession and the practice of the law completely and I have not done so.

“I was used to the long hours I would have to work and I had been accorded the honour of appointment as Queen’s Counsel. For generations, QCs have practised in the courts and attended the House of Commons as members of Parliament.

“Indeed, the law officers, the Attorney General and Solicitor General, who must generally be drawn from the ranks of MPs, are required to be experienced lawyers, capable of becoming the chief legal advisers of the Government and of parliament.

“Furthermore, this knowledge is regularly put at the disposal of those who come to see their MPs nearly every week in constituency advice surgeries.”

Mr Cox also cited the Nolan report on standards in public life’s statement that “a Parliament composed entirely of full-time professional politicians would not serve the best interests of democracy”.