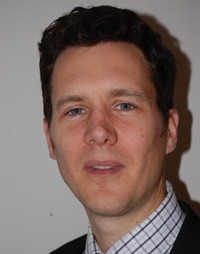 Makepeace: we will do whatever is commercially sensible

National criminal law firm Tuckers could look to form consortia with other practices to bid for legal aid contracts, it has revealed.

The firm has recently begun offering other criminal law firms access to its back-office services in a bid to generate income for Tuckers and save costs for smaller practices. Firms could even choose to become franchisees.

Practice director Adam Makepeace said that while the arrangement is not designed for joint contracting, “why wouldn’t we go there?”. He continued: “We will do whatever is commercially sensible with the partnerships we’ve been able to create.”

Last year it was announced that 15 south Wales law firms are merging back-office operations and linking up with a leading chambers with a view to bidding for a criminal legal aid contract as a single business.

ace argued that all criminal law firms are caught in a trap where they cannot increase the amount of work they do – “You can’t advertise for criminals” – while income per duty solicitor slot is going down.

At the same time, salaries for duty solicitors – as the slots attach to them personally – are going up because of competition among firms to recruit them.

“Because we are not in control of that cost base, anything firms can do to offset back-office costs is a necessity,” he said.

Firms can choose either all or part of Tuckers’ back-office services. Mr Makepeace said he wanted firms to take up everything, from its case management system and diary to electronic billing, all of which cost a great deal to develop. “Firms can use it for less than [it would cost to] reinvent the wheel,” he said.

Senior partner Franklin ­Sinclair acknowledged that Tuckers would have to persuade firms that it would not steal their clients. “We can’t succeed unless firms trust us not to steal their clients,’ he said. “This would lead to failure of the concept, and a standalone Tuckers is every bit as vulnerable as any other standalone firm.”

However, Mr Makepeace stressed that Tuckers is not looking for mergers and would become an alternative business structure if needed. “ABS is a means to an end,” he said. “If we need to use those means, we will.”