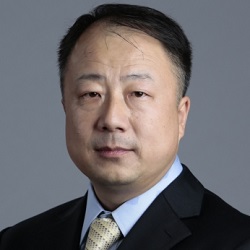 A leading Chinese law firm has converted its London operation into an alternative business structure (ABS) with a view to bringing non-lawyer partners on board.

It is already in talks with tax advisers and accountants about joining the office.

Zhong Lun is one of the largest full-service law firms in China, with over 360 partners and 2,300 professionals working in 11 offices in mainland China, as well as Tokyo, Hong Kong, London, New York, Los Angeles, San Francisco and Almaty.

The London office opened in 2012. It is registered as a limited company in the UK and Zhong Lun Law Firm Ltd received its ABS licence last month, with Haibin Xue, a dual-qualified Chinese lawyer and solicitor who is one of the firm’s five London partners, its head of legal practice.

Mr Xue told Legal Futures: “We believe to add real value to clients pure technical legal advice is not enough. The scope of services provided by solicitors’ firm should not be restricted to the provision of legal services only; instead it should be practical solutions supported by solid legal foundations.

“Business solution should never be technically divided into legal, financial, commercial, technical or accounting as such. Business is business and it is all about one solution and holistic approach to cover all.”

Becoming an ABS offered Zhong Lun the potential to make this a reality and the firm was talking to tax advisers and accountants about becoming partners in London, he said.

The fact the office was a UK company and regulated by the Solicitors Regulation Authority (SRA) meant there should not be any regulatory problems back in China should this happen.

The move has been a long time in the making. Back in 2011, before the first ABS was licensed, the SRA reported that one of China’s largest law firms had indicated its interest in opening an office in London as part of a long-term plan leading eventually to the creation of an ABS targeting Chinese investors to the UK with a one-stop shop of professional advisers, including solicitors.

Legal Futures understands that Zhong Lun was that firm.

In 2015, YangTze Law became the first Chinese-owned law firm set up as an ABS. Targeting Chinese companies looking to invest abroad, it is part of the YangTze Legal Network, a group of 40 Chinese law firms with over 2,000 lawyers.

Its London chief executive is Malcolm Dickinson, former managing partner of Exeter-based Michelmores. The firm also has offices in Hong Kong and Shenzhen.

It was set up as an ABS because neither of the founders were practising solicitors.