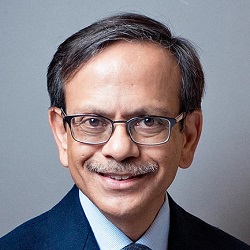 Sengupta: Firms did not know what their firms “were for”

Variations in progress among the top 50 law firms over the past five years is leading to a “two-track” market where one group is likely to “accelerate past” the rest, a report has argued.

Kishore Sengupta, professor of operations management at Cambridge Judge Business School, also said that progress by all firms on automation had not been “adequate” and “very few firms have moved beyond grappling with the basics of technology application and infrastructure”.

In a report for LexisNexis following five years of annual analyses, Professor Sengupta said progress between 2015 and 2020 had been “uneven”, with some firms “poised to leave behind others with muddled strategies and uneven execution”.

His interviews with partners and other law firm leaders suggested that many firms did not “have clarity” on what their firms “were for”, listing activities rather than “meaningfully articulating the firm’s objectives”.

Follow-up questions “left the impression of a strategic muddle”.

Professor Sengupta said this group of firms, which he labelled as ‘Cluster 2’, needed to invest “significant effort to examine urgently the question of what they are for”.

“The ensuing vision should then serve as a basis for selecting initiatives and opportunities, and those that are not compatible should be jettisoned. Time is of the essence here because it is difficult to catch up after falling behind.”

The academic said that “conversations with partners, senior business services professionals and individuals from legal technology-oriented start-ups” led to the conclusion that the degree of automation by the top 50 firms in general had not been “adequate”.

He blamed this partly on the fact that “very few firms” had moved beyond “grappling with the basics of technology application and infrastructure”.

He went on: “For many, technology capabilities are in the foothills. They are focused on extracting low-hanging fruit and have not moved towards thinking strategically about how technology could transform legal practice.

“This highlights how the legal sector has been slow in adopting enterprise-level technology or practices such as document automation or project management that were implemented in other professional services many years ago.”

Another problem was that lawyers tended to take a “limited” view of technology, “expecting it to work out of the box, and not evaluating the second and third order effects of how it will affect their own work, their firms, and their sector”.

He said a further issue was that while lawtech start-ups were “indeed pushing some of the frontiers, their work is fragmented and not always easy to integrate” into the existing technology and infrastructure of firms.

“Their views do not always get traction from those who drive technology adoption in law firms.”

Professor Sengupta added: “Understanding and getting technologies such as AI and machine learning to work effectively requires non-trivial levels of training and experimentation; and not just plugging in new features into toolkits.”

In his other recommendations for Cluster2 law firms, he called on them to “thoroughly consider the question of lawyers and business services staff in their firms”.

Guidelines “evolving from an examination of this question should drive the design of governance structures, recruitment, retention, and promotion”.

The professor added that Cluster 2 firms needed to take a “much closer look” at their culture, in particular their routines and social norms.

“This dilemma is perhaps the most difficult to solve, but it is important to address it strongly and urgently.”