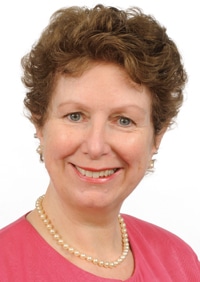 Fewer than half of managing partners at the top 200 law firms think that recent mergers in the market have been successes, new research has found – even though most expect major consolidation in the next two years.

The research – which surveyed 102 of the top 200 firms – said that only 43% of those who had undergone a merger in the last five years considered the majority of law firm tie-ups had been a success; 21% said they had not, while the rest declined to answer.

Of those who had not gone through the process themselves, only 24% said mergers had succeeded, while 49% said they had not. The report suggested several years were needed before the success of a merger could properly be judged.

And while 95% forecast “significant consolidation” in the top 200 over the next two years, only 45% of those firms which had not merged recently said they would consider being part of it – although the majority of them had held unsuccessful talks in the last five years.

It said that growth was the key driver for merger over financial stability for both merged and non-merged firm respondents (with 81% and 73% respectively citing that reason for linking), with increased competition, client expectation and enhanced reputation also factors.

It showed how informally firms judge the reputation and profile of potential matches, with word of mouth and using the mainstream and legal press key elements of the process, along with talking to clients. Some used specialist consultants though, but few engaged third-party merger consultants in advance of making an aproach.

Tina Williams, chair and head of professional practices at Fox Williams LLP, said: “It is clear that successful mergers require a clear strategy, efficient implementation and huge efforts in integration.

“This report is a timely reminder that the sophistication and professionalism that firms display when executing mergers for their clients is not always reflected when dealing with their own businesses. It has revealed that many firms adopt an approach to finding merger partners that is surprisingly lacking in rigour and that there is a reluctance to use the skills of third party specialists to get deals done.

“The latter is remarkable, given that most firms’ business models involve selling the benefits to clients of taking independent expert advice.”