Top 100 firms have “trust issues” because of online failures 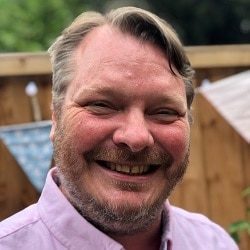 Many of the top 100 law firms have online trust issues because they do not comply with the Solicitors Regulation Authority (SRA) rule requiring them to display the regulator’s badge prominently and also fail to engage with comments and reviews.

Simon Marshall, founder of online marketing specialist the Digital 100, said it was as if some firms were “almost embarrassed” to have the logo on their sites.

Mr Marshall described the SRA badge as a “very good trust signal” and said that in any sector other than law “companies would be happy to have it on their websites”.

Twelve law firms in the top 100 had no trust badges at all on their websites, including the SRA’s, while a further 40 did show the SRA’s badge on their websites, perhaps on their terms and conditions or compliance pages, but not prominently, as required by the rule introduced in November 2019.

The report by the Digital 100, Do people rate your firm?, stressed the importance of trust for law firms and how keeping a close eye on review websites such as Trustpilot, Glassdoor and Google Reviews to see what clients were writing “is a great first step to legal reputation management”.

It comes in the wake of the SRA, together with CILEx Regulation and the Council for Licensed Conveyancers, launching a pilot to improve the way law firms and review websites work together.

The report found that “lots of law firms”, particularly commercial practices, were failing to monitor online comments and reviews.

“Commercial firms often think no-one is going to review them because they do corporate law.

“Many of them are not used to responding to queries online, which is why they have a backlog of three, four or five years’ worth of comments they’ve never dealt with.

“The reality today is that people do comment on commercial firms online.”

Mr Marshall argued that even the largest law firms – which do not necessarily rely on their online presence for work – should take this seriously. All firms’ marketing, he noted, was now “digital first” and it was better to take control of what was being said about you online.

Not responding to reviews affects all of a website’s page rankings, he added.

Mr Marshall said he did not think the recent successful libel action by law firm Summerfield Browne, awarded £25,000 in damages over a Trustpilot review, would scare people from posting negative comments.

“Firms should be asking people to get in touch with them or setting out clear action to resolve the issue, just as if they had received a negative letter or email.

“Imagine how much time went into that defamation action, rather than responding to the problem at source”.

The report found that only a third of top 100 firms had any reviews on Trustpilot. The overall average score for those who did was 3.6, and the lowest 2.3.

The four firms with the highest Trustpilot scores were Thorntons and Leigh Day (4.9 each), followed by Shoosmiths and Royds Withy King (4.8 each).

Reviews on Glassdoor, which hosts anonymous comments from employees, were dominated in terms of volume by the biggest law firms. DLA Piper was top with 1,764, followed by Clifford Chance with 1,604.

However, the firms with the highest scores were Bristows (4.9), followed by Gateley and Stevens & Bolton (4.8 each).

When it came to star ratings on Google, the top firms with 10 or more reviews were Stewarts with an average of 4.9 stars, followed by JMW, DAC Beachcroft and Trowers & Hamlins, all with 4.7 stars. Clifford Chance came in fifth place with 4.6.

“When we choose a product or service on the internet we are inevitably affected by stars and ratings, in visible and invisible ways.

“Potentially there will be things in there which could be damaging and law firms should look at them.

“Firms that are mature in their digital marketing often do well in this, and yet some don’t do as well as you would expect. Increasing numbers of commercial firms are doing better both on digital marketing and reviews.”