“Too early” to say online court is the future, research warns 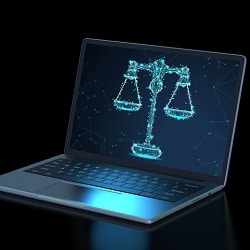 There is as yet “no clear answer” to the question of whether an online court will facilitate easier access to the court system, research has found.

While proponents suggest that online dispute resolution (ODR) will reduce the costs of litigation and thus enable greater access to the courts, “the extent to which these benefits will be realised remains unknown and ODR could… prove a barrier in itself to accessing justice”.

The report on the implementation of ODR systems by the Cambridge Pro Bono Project, based at Cambridge University’s law faculty, was commissioned by the International Legal Aid Group in light of the moves towards an online court in England and Wales.

It surveyed government-backed ODR systems in Victoria and New South Wales in Australia, Michigan and Utah in the USA, and British Columbia in Canada, alongside the work being done here.

The researchers warned that, if insufficient care was taken in designing ODR systems, “delays could in fact be caused as users take time to navigate a complex IT system”.

They continued: “ODR may also preclude the informal face-to-face discussions which are often considered important for pre-settlement negotiations.

“The role of legal advisers is also unclear in some cases, and there are important questions about access to justice and whether ODR discourages litigants from obtaining legal advice and encourages greater numbers of litigants in person.

“This may, in itself, be a false economy as unrepresented individuals, who lack experience and insights into legal processes, could take more time to progress their case through the system.

“An ODR system and those users with legal experience, in particular judges and lawyers, must adapt accordingly in order to ensure an efficient flow of cases.”

The report expressed concern about HM Courts & Tribunals Service’s (HMCTS) failure so far to fully articulate how it would protect and ensure hearings remain open to the public.

“This remains an important consideration, particularly as transparency and the scope of public governance are important underpinnings of our justice system.”

Researchers stressed that all of the foreign jurisdictions in the report were “at a more advanced stage” than England and Wales and provided “ideal comparators”.

They showed that the technology was available to create “useable systems” such as British Columbia’s Solutions Explorer, which can triage disputes, collate information and deal with all steps in the proceedings or the messaging system used in the New South Wales online court, which shows it is possible to “incorporate dialogue between litigants and decision-makers.”

Care needed to be taken when considering statistics on matters such as usability and user satisfaction, as none of the systems in the survey had a “perfect record” and “insufficient research” had been carried out.

They also said that ODR systems needed to be “sufficiently resourced in terms of funds, time and personnel” if they were to function successfully.

“It has already been noted that HMCTS’ ODR project is ‘under-resourced’, which is an ignominious start in life for a project of such fundamental importance.

“The ‘Assisted Digital’ service in England and Wales would improve access to justice for technologically illiterate litigants, but only if sufficient resources are applied to creating, maintaining and offering the service.”

The report said the potential for ODR to result in substantial cost-savings and an increase in efficiency were common reasons for its implementation and feature in every jurisdiction.

Justifications in terms of ease of access, reducing reliance on legal representatives and reducing the time to complete a case also featured in each one.

“Reviews of the ODR systems studied here are generally mixed and it is difficult to determine unequivocally the value of ODR. It appears to be well-received by users in at least some jurisdictions, as reflected by user satisfaction surveys in, for example, British Columbia.

“It has been suggested that ODR provides access benefits, particularly for users in rural locations, who may not be able or willing to access a court. ODR may also reduce court time and reliance on costly legal representation, and it may lead to quicker resolution of disputes.

“However, much of the commentary on ODR is provided by creators of the system or the policy-makers driving its implementation. It is therefore difficult to obtain neutral insights into the adequacy or inadequacy of the systems.

“In addition, some ODR systems are in the very early stages of development and as such it is difficult to see a clear picture of their benefits, strengths and weaknesses.”

The report stressed the need for detailed studies to determine the success of ODR and to identify areas for improvement.

“All of the jurisdictions analysed have one important matter in common: there are serious deficiencies in the research undertaken to date on key issues such as uptake, usability, user satisfaction, cost and efficiency.”

It said one important area of focus was users’ satisfaction with the method by which their dispute was resolved.

The low level of interest in mediation in the Online Civil Money Claims process piloted last year, despite the focus on encouraging it, “raises wider, more fundamental, questions of the nature of the justice to which litigants are afforded access”.