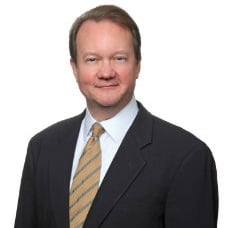 Andrew: Law firms simply too small to be the best for everything

The traditional big law firm model is “backward looking” and the Big Four accountants pose “a seismic competitive change to practices of all types, sizes and locations”, Dentons has warned.

The world’s largest law firm delivered the analysis in describing its revolutionary plan to create the first truly national practice in the US and to peg improving quality of service by scaling up.

It said law firms have been stuck in a “decades old version of what a business should look like” against the background of the financial crisis of 2008 bringing an “abrupt end” to the post-war ‘golden age’ of law and demand for legal services in the US stagnating since.

Every large international firm was hierarchical, parochial, “colonial”, and unequal, the firm said in a presentation book on the plan.

It described the latter problem as a head office that did almost all of the premier work while other offices were called branches that existed principally as outposts to sell work or have “local partners” deal with smaller, local issues.

But there was now competition from alternative legal service providers that perform tasks such as discovery, project management and predictive analytics “better, faster and cheaper than the traditional law firm model”.

The book said: “These service providers have the one key strategic advantage that law firms do not have, which is the ability to scale. That ability to scale allows them to also seek and reward outside funding and to have neither short term, annual focus on immediate profit nor the guild-like restrictions that lawyers have put on themselves.

“And while law firms have been slow to respond to client expectations by offering the advantages of a truly national firm, the Big Four professional services firms have made the establishment of a presence in virtually every large and mid-sized city in the US integral to their business model.”

Dentons noted that, outside of the US, the Big Four have already expanded into legal services, “to the point where their lawyer headcounts rival or exceed that of some of the best-known international law firms.”

With several US states looking to introduce rules that would allow non-lawyer ownership of law firms, “now the Big Four are poised to do the same in the US, posing a seismic competitive change to law firms of all types, sizes and locations”.

It added: “Nearly every law firm’s best clients are also clients of the Big Four, so, in each community, the Big Four pose more of a threat than other law firms do.”

Dentons’ plan is called ‘Golden Spike’, named after the railroad spike that 150 years ago completed the first transcontinental railroad in the US.

The first step is a merger with Bingham Greenebaum and Cohen & Grigsby, which from January will create a firm with 33 offices in the US, including offices in nine of the 10 largest markets and 14 of the top 20.

It will take Dentons’ global headcount to more than 10,000 lawyers in 181 locations and 73 countries after more than 40 mergers and acquisitions in recent years.

But this is just the start, as it looks to build a ‘one firm, dual partnership’ model, allowing law firms around the US to retain their individual status but also join a national Dentons partnership.

Dentons’ global chairman, Joe Andrew, said the goal of its new model was to improve the quality of legal service, not to increase profit.

“It is assumed that if a law firm can objectively improve the quality of the legal advice and service it provides clients, a firm will eventually make more money.”

He argued that “all law firms”, particularly compared to other professional services, were “simply too small” to be the best firm for everything.

“That is why we have built our own law firm network, Nextlaw Referral Network, but more importantly it is why we seek new ways to meet client needs in more substantive areas, for more business sectors and in more locations. The search for quality inevitably becomes a search for quantity.”

This lack of scale meant law firms around the world did not have the scale to revolutionise the quality of the service they provided: “They fight hard for incremental change, but leave most clients frustrated along the way.”

Mr Andrew said talent, teams, tools and scale were at the core of this revolution. Or, as the book put it, improving client service “by providing more of the legal talent the client needs, in more locations where the client needs it, while connecting partners with more new tools and lowering costs through economies of scale”.

It acknowledged that there was no single path to success for every firm, “but if a client is looking consolidate the number of law firms they use, then clearly, having more talent in more places is better for the client”.

The aim of Golden Spike is to serve as many of at least the 100 largest legal markets in the US as possible – the book highlights just how big the US legal market is – even many mid-sized US legal markets are larger than those of entire countries, with the UK the only European legal market bigger than New York’s.

The top 15 US legal markets are all larger than Russia’s, while the legal spend in top 50 is greater than or equal to India’s entire market for legal services. But none of the 10 largest US firms has offices in all of the 15 largest US legal markets.

In all, 69 of the largest 100 legal markets in the US are not served by a single one of the 10 largest US firms.

This is despite the fact that the headquarters of the largest 3,000 publicly held companies in the US are broadly distributed across the nation’s largest 100 legal markets.

Dentons said: “Project Golden Spike enables leading firms throughout the US to combine forces as one firm, while capitalising on the strong client relationships and brands the firms have built in their respective markets.

“Clients will experience the national firm as one law firm because all lawyers will be partners in a single partnership.

“Clients and member firms will benefit from the creative ‘Margin+’ economic model, which provides incentives to member firms to move work to the right lawyer throughout the national firm.

“Member firms will also enjoy cost savings provided by the economies of scale of a global firm for expenses such as technology investments, practice insurance and business services support.”