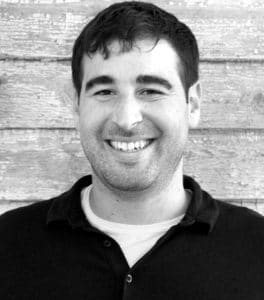 Solomont: firms did not appreciate how long it would take them to implement the new procedures

Law firms are being encouraged to get their act together now and come to terms with the new continuing professional development (CPD) regime for solicitors, which comes into force today.

Firms can no longer choose to keep the old hours-based approach; instead, solicitors must make a declaration on their practising certificate application forms this time next year that they have “reflected” on their practice and “addressed any identified learning and development needs”.

Yehuda Solomont, marketing manager at compliance training specialists VinciWorks, said firms did not appreciate how long it would take them to implement the new procedures laid down by the Solicitors Regulation Authority (SRA).

“It’s a big concern to us that a lot firms will not deal with this until January, February or March next year. I think this will turn out to be too late. I anticipate that it will take a year to educate solicitors and get them used to the new process.”

Mr Solomont advised firms to get to grips with the new system straight away, spending the next two months making sure everyone understood it and getting a learning plan in place by February 2017.

He said that when the “dust finally settled” on which VinciWorks law firm clients – most of whom are from the top firms – had implemented the new CPD arrangements early, only around 25% had managed it, compared to the 50% which had said they intended to.

“What we found is that firms underestimated how difficult it would be to implement. Compliance departments may be ready to go, but it’s more difficult to get the message out to the lawyers. That’s why they need to start now.”

Mr Solomont said most law firms, particularly the bigger ones, had customised their internal processes, and had written their own competence statements “in the spirit of” the original version produced by the SRA.

He added that, as far as the early adopters were concerned, there was no evidence that the amount of learning had gone down. “The number of training courses they are completing is stable or increasing.”

Andrew Anthony, compliance and quality officer at London firm Vanderpump & Sykes, said many of its lawyers had their own separate requirements to carry out CPD, for example to be members of other organisations.

Mr Anthony said the firm, one of the first to adopt the new CPD regime last spring, had found out that its solicitors were spending an average of 33 hours a year researching the law for clients. He said all the firm now required in terms of traditional CPD was a minimum of four hours a year.

Welcoming the new approach, he said: “It gives us the flexibility we need, and stops the nonsense of firms dashing to take courses in a last-minute rush in October, whether they needed them or not”.

He added: “Many of the big firms are sticking to the 16 hours required by the old approach, but as I pointed out to them, how does this show that they’ve reflected on what they really need?”